One of the most iconic signs of West Los Angeles has for more than 40 years heralded the best in art and foreign cinema to the continuous flow of traffic along Santa Monica Boulevard. But Laemmle Theaters’ Royal marquee, with its distinctive 17-foot-wide panels, will soon dim forever. It is slated for removal late this summer when we will temporarily close the theater for an expansion project. The new three-screen complex will feature a more modern marquee.

Since the Laemmles took over the theater in 1972, the marquee has advertised such art-house hits as RAN, HOWARD’S END, SHE’S GOTTA HAVE IT, THE QUEEN and WOMEN ON THE VERGE OF A NERVOUS BREAKDOWN. Said Laemmle Theatres President Greg Laemmle: “Financially, it is just too difficult to make a go of it with a single screen theatre. But in addition to this, having three screens instead of just one will give us more flexibility in opening and extending runs on the more “artistic” films which Los Angeles audiences have come to expect at the Royal. As for the marquee, the old marquee is great, and we’re proud to see it graced with Paul Davis’ GRAND ILLUSION images. But the cost of creating custom marquee panels is prohibitive, especially for some of the small, independent distributors whose films we regularly show here. Distributors often end up spending more on the marquee panels than they do on display advertising. That just doesn’t make sense. And from an architectural standpoint, we have photos of the theatre from the 40’s (and before) which show the theatre (then named the Tivoli) with a smaller, square marquee with a vertical blade sign. We believe that something like this will be more in keeping with the theatre’s original Neo-Classic architecture.”

For the theater’s current attraction, a new restoration of Jean Renoir’s masterpiece, GRAND ILLUSION, distributor Rialto Pictures wanted to give the marquee a farewell gift; a full-color broadside created by acclaimed artist Paul Davis, who gave Joe Papp’s Public Theater its signature art and ad look, as well as creating numerous other theater and film posters. Among Davis’s most famous works on Papp’s posters for Three Penny Opera and For Colored Girls Who Have Considered Suicide When the Rainbow is Enuf. He recently created the poster for the San Francisco Silent Film Festival’s special presentation of Abel Gance’s Napoleon. 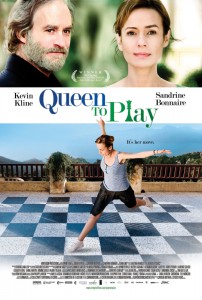 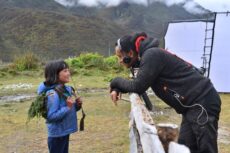 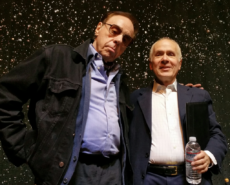