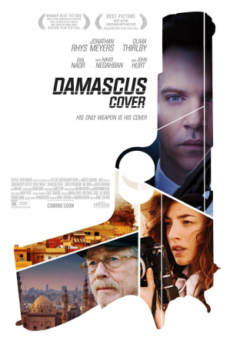 There will be Q&As with DAMASCUS COVER book author Howard Kaplan and film director Daniel Berk at the Laemmle Royal in West LA on Friday, July 20th following the 7pm show, and on Sunday, July 22 after the 4:10pm show.

About the film:
Ari Ben-Zion, haunted by the death of his son, is assigned by the Mossad to smuggle a chemical weapons scientist out of Syria. Within days his mission goes wrong. To survive Ari reaches out to a deep cover agent code named the Angel. He soon discovers that he is a pawn in a much bigger plan.