A message from the new proprietors of the Music Hall in Beverly Hills!

We are very excited to announce that the Laemmle tradition will be kept alive at the Music Hall. We are three Laemmle Theatre employees (two former and one current) and we are opening a new company, Lumiere Cinema, at the Music Hall starting this Friday, November 29th. It is our intention to honor the Laemmle family’s commitment of bringing the best of independent cinema to the big screen in Los Angeles. Each of us has worked at the Music Hall and we are proud to be able to grant it a new lease on life. We would like to thank Greg Laemmle and the entire Laemmle team for enabling us to make this dream a reality.

We hope you to see you all soon at the movies!

PS: Please excuse us as we develop our website and social media. Here is everything you need to keep track of what’s playing:

And feel free to e-mail any of us with any questions you might have:

With a wistful acknowledgement that all things must pass, Laemmle Theatres announces that Thursday, November 21, 2019 will be our last day screening movies at the Music Hall. We began operating the theater in 1974 and have shown literally thousands of movies from all over the planet. Bergman’s SCENES FROM A MARRIAGE was one of the first films we played there. LA CAGE AUX FOLLES and MY LIFE AS A DOG were hits at the Music Hall. One tiny highlight of countless funny highlights was Jason Schwartzman standing on the desk in the tiny office behind the box office in 1999 to autograph the RUSHMORE poster on the wall with “Rock on, Music Hall! Jason Schwartzman.”

Laemmle Theatres President Greg Laemmle said, “It has been my family’s privilege to operate the Music Hall for 45 years but it’s time to end our stewardship. For the sake of efficiency, we plan to use the other screens in our circuit to provide a platform for the types of films we’ve been showing in Beverly Hills.”

There is a distinct possibility of a renaissance, and movies and moviegoers will return to 9036 Wilshire Boulevard, but if it happens it will be after a hiatus and with different operators.

Check out CinemaTreasures.org for some history of the Music Hall. 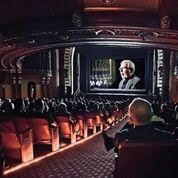 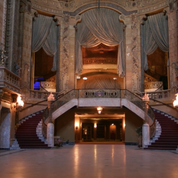 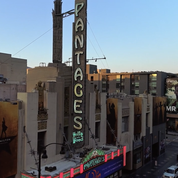 FRIEDKIN UNCUT director Francesco Zippel and producer Federica Paniccia will participate in a Q&A moderated by Steve Barton of Dreadcentral.com  following the 7:00 pm show on Friday, 8/30.

On August 5 we lost one of our most brilliant writers and thinkers, Nobel Laureate and Pulitzer Prize winner Toni Morrison. As it happens, an acclaimed biographical documentary, Toni Morrison: The Pieces I Am, came out this summer and in light of her passing Laemmle Theatres will return the film to theaters starting Friday at the Music Hall in Beverly Hills and Saturday at the Playhouse and Claremont. If you haven’t yet seen it, please consider doing so. Writing in the New York Times, A.O. Scott said “The Pieces I Am offers something else, as a dividend yielded by [Morrison’s] achievements and her years on the earth: the profound pleasure of her company.” Joe Morgenstern of the Wall Street Journal wrote that the film “reminds us how long she had to wait for the recognition she so richly deserved, and what a distinctive, generous, funny, astute, self-doubting, unstoppable and formidable figure she was along the way.”

L.A. Times entertainment reporter Christie D’Zurilla published this interview with the director of Toni Morrison: The Pieces I Am, Morrison’s longtime photographer-turned-friend, Timothy Greenfield-Sanders. The headline: “Filmmaker says Toni Morrison was wickedly funny and made a mean carrot cake.”

“Novelist and book editor Toni Morrison was a private person who never wrote a memoir and turned away biographers, according to her friend Timothy Greenfield-Sanders. But she did allow the photographer-director to interview her extensively for the documentary “Toni Morrison: The Pieces I Am,” which explored her life as well as elements of black history.

“After Morrison died late Monday at 88, Greenfield-Sanders — who was also the writer’s “photographer of choice” for her book jackets and publicity shots — opened up to The Times exclusively via email about his memories of her. He remembers her as a woman who saw the big picture and, even in dark times, “managed to be philosophical.”

“For those who missed the Oscar-buzzy documentary the first time around, encore screenings of “Toni Morrison: The Pieces I Am” are being held for a week beginning Aug. 16 at the Laemmle Music Hall in Beverly Hills and Aug. 17 and 18 at Laemmle’s Claremont 5 in Claremont and Playhouse 7 in Pasadena.

“Here are some of Greenfield-Sanders’ memories from his decades-long friendship with the Nobel Prize winner.”

Q: Describe the type of friendship you had with Toni Morrison. What was it like?

A: I first met Toni Morrison 38 years ago, in the winter of 1981, when she came to my East Village studio for a Soho Weekly News cover portrait. She wore a dark suit with a white blouse and smoked a pipe. (Many years later she told me that Angela Davis had gotten her “into pipes.”) I was a young photographer and Toni had just finished her fourth novel, “Tar Baby.” I was impressed by her confidence on the set. Toni liked my work and we became friends … and I eventually became her photographer of choice, for book jackets, publicity photos and the like. Her trust in me began way back then.

Q: Can you share something that most people don’t know about her?

A: Did you know Toni makes the world’s greatest carrot cake? Ask anyone who has tasted one of her carrot cakes and they will tell you. In the film, author Paula Giddings shares that during her early days working in the secretarial pool at Random House, Toni asked her to do some typing for her first novel, “The Bluest Eye.” As a thank you, Toni baked her a carrot cake.

Q: What is the most profound or useful thing you learned from her over the course of your friendship?

A: Toni had a way of looking at the big picture. Even in dark times she managed to be philosophical.

Q: Talk a little about the things you filmed during your documentary interview that didn’t make the cut.

A: In creating “Toni Morrison: The Pieces I Am,” the most difficult challenge was cutting it down to a two-hour film. We had to edit out a riveting section about Morrison on Shakespeare and her play “Desdemona,” wonderful insights into her father and his influence on her, and an emotional piece about the death of writer Toni Cade Bambara. When Bambara died with an unfinished book, Toni [Morrison] devoted a year to finishing it so it could be published posthumously for her dear friend.

Q: What did you learn about her legacy in researching the film?

A: At the beginning of the film, Toni remarks that she learned early on in life that “words have power.” As we’ve taken the film out, I’ve been able to see the depth of gratitude for her words. Her writing has empowered and nourished so many around the world … to heal, to imagine, to develop their own voices. Toni was a pioneer — taking her hard-earned place alongside the white men who had dominated the publishing establishment. Her ascent to the literary canon was a significant breakthrough that allowed other women and African Americans to be seen and heard.

Q: Some people don’t like to have their picture taken. What was it like to photograph her? How was it the same as or different from filming her?

A: Toni’s strength and confidence were part of her DNA, and both were particularly evident when she was in front of the camera. I think she had a profound understanding of portraiture and her image in the world. Our photo sessions were not only quite fun over the years but also resulted in big ideas for my own career. It was during a lunch break in 2005 that Toni proposed a book on “Black Divas”… we were shooting portraits for her opera, “Margaret Garner.” That idea morphed into my film series on identity, starting with “The Black List: Volume 1,” focusing on the African American community. Toni was the first to sit for that film.

Q: Did she make you laugh?

A: Toni had a world-class sense of humor. Being with Toni was a lot of fun. Many people who only know her through her books and interviews don’t realize how much Toni loved to laugh. She was wickedly funny in addition to being such a profound, philosophical and visionary thinker. 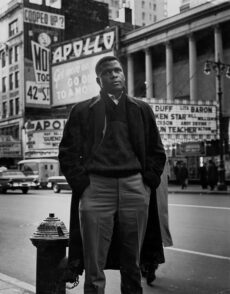