BUSTER’S MAL HEART director Sarah Adams and actor DJ Qualls will participate in a Q&A at the Monica Film Center after the 7:10 PM show on Friday, May 5.

Saturday April 29th, come for a meet and greet before DISPLACEMENT with the star Courtney Hope, who will introduce the film and do a short Q&A afterward with writer-director Kenneth Mader. 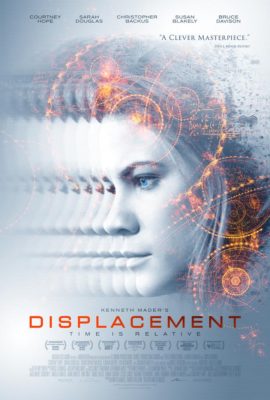 Oscar-winner Kim Basinger and Guy Pearce will participate in a Q&A at the 7:30pm, May 9th screening of L.A. CONFIDENTIAL at the Ahrya Fine Arts in Beverly Hills. Presented in 35mm. 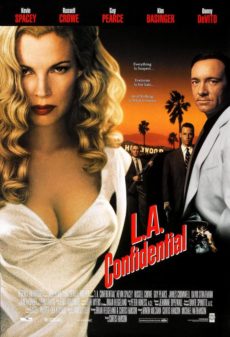 Based on James Ellroy’s acclaimed novel, the film focuses on Los Angeles police officers in the 1950s, whose investigations of several murders intersect with the worlds of Hollywood celebrities, scandal sheets, and organized crime.

The startling critique of police brutality and corruption remains timely and hard-hitting. Ellroy himself praised the screenwriters, saying that Hanson and Helgeland “preserved the basic integrity of the book and its main theme.”

In addition to its potent social commentary, the film represented a remarkable evocation of time and place, with major contributions by cinematographer Dante Spinotti, art director Jeannine Oppewall, and composer Jerry Goldsmith, all Oscar-nominated for their work.

Hanson, a classic film enthusiast as well as filmmaker, screened several films made in the 1950s for the cast and crew in order to encourage their dedication to authenticity.

L.A. Confidential has a 99 per cent positive score on Rotten Tomatoes. Roger Ebert called it “seductive and beautiful, cynical and twisted, and one of the best films of the year.”

Time’s Richard Schickel paid tribute to the film’s style: “It’s a movie of shadows and half lights, the best approximation of the old black-and-white noir look anyone has yet managed on color stock.”

Curtis Hanson’s many other films as director include The Bedroom Window, The Hand That Rocks the Cradle, The River Wild, Wonder Boys, 8 Mile, and In Her Shoes.

Kim Basinger co-starred in the James Bond movie, Never Say Never Again, and had one of her biggest successes as Vicki Vale in Tim Burton’s Batman in 1989. Her many other films include Barry Levinson’s The Natural starring Robert Redford, Robert Altman’s Fool for Love, the controversial 9 ½ Weeks with Mickey Rourke, Robert Benton’s Nadine with Jeff Bridges, the remake of The Getaway, The Door in the Floor, and I Dreamed of Africa. She reunited with Curtis Hanson when she played Eminem’s mother in 8 Mile, and she reunited with her L.A. Confidential co-star, Russell Crowe, in Shane Black’s The Nice Guys in 2016.

Guy Pearce first attracted attention in the Australian comedy, The Adventures of Priscilla Queen of the Desert.  He had the lead role in Christopher Nolan’s influential Memento.  Among his many other films are Rules of Engagement, The Proposition, Animal Kingdom, Lawless, Iron Man 3, and two Oscar-winning Best Pictures, The Hurt Locker and The King’s Speech.  He co-starred with Kate Winslet in the HBO miniseries, Mildred Pierce, and recently had a key role in Dustin Lance Black’s acclaimed miniseries, When We Rise.

THE BLACK ROOM actress Lin Shaye will participate in a Q&A after the 7:20 PM screening at the Music Hall on Friday, April 28.

Emma Bell, who plays young Emily Dickinson in A QUIET PASSION, will participate in a Q&A after the 7 PM screening at the Royal this Friday, April 21. NPR film critic Ella Taylor will moderate.

Acclaimed British director Terence Davies (House of Mirth, The Deep Blue Sea) exquisitely evokes Dickinson’s deep attachment to her close knit family along with the manners, mores and spiritual convictions of her time that she struggled with and transcended in her poetry.

Described as “an absolute drop-dead masterwork” by The New Yorker’s Richard Brody and “quietly masterful” by The Independent’s Geoffrey Macnab, the film combines a dramatic plot with moments of tasteful humor.