One of the most magnetic movie stars in cinema, Javier Bardem’s new workplace comedy-drama The Good Boss starts August 26 at the Royal. We’ll expand it to our other theaters in the subsequent weeks. The film is about Básculas Blanco, a Spanish company producing industrial scales in a provincial Spanish town, as it awaits the imminent visit from a committee which holds the firm’s fate in their hands: will they honor Básculas with a local Business Excellence award? Everything has to be perfect for the visit. Working against the clock, the company’s proprietor, Blanco (Bardem) pulls out all the stops to address and resolve issues with his employees, crossing every imaginable line in the process. 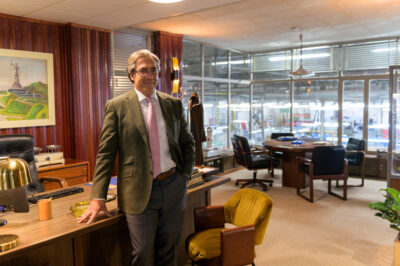 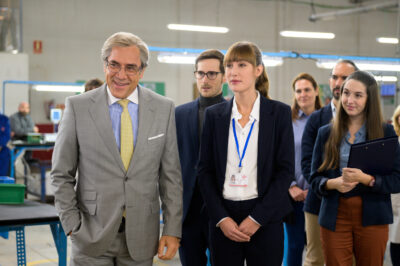 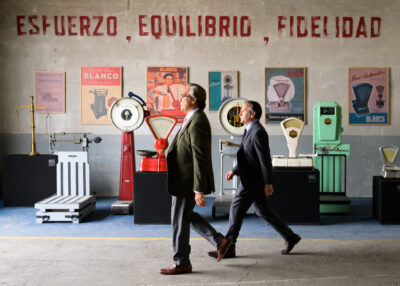 Here’s a clip from the film:

The fall of 2021 marked the 50th anniversary of Fiddler on the Roof, the film Pauline Kael called “the most powerful movie musical ever made.” Narrated by Jeff Goldblum, Fiddler’s Journey to the Big Screen captures the humor and drama of director Norman Jewison’s quest to recreate the lost world of Jewish life in Tsarist Russia and re-envision the beloved stage hit as a wide-screen epic. We have an advance screening of Fiddler’s Journey to the Big Screen May 5 at the Royal followed by week-long engagements at the Royal, Playhouse and Town Center beginning May 6.

For a taste of the film, here’s a clip in which composer John Williams and Jewison discuss enlisting the brilliant violinist Isaac Stern to provide the title character’s music.

Finally, here’s an excerpt from a rave review Raquel Stecher recently posted on her site Out of the Past:

“Director Daniel Raim continues his quest to champion the art of filmmaking with his latest documentary Fiddler’s Journey to the Big Screen (2022). Narrated by Jeff Goldblum, this documentary takes a deep dive into the making of Fiddler on the Roof (1971), director Norman Jewison’s personal and professional journey and all of the key players who came to together to make one of the greatest musical films of all time.

“Fiddler on the Roof was the brainchild of composer Jerry Bock, lyricist Sheldon Harnick and writer Joseph Stein. The inspiration came from a selection of short stories by Yiddish writer Sholem Aleichem called Teyve and his Daughters as well as artist Marc Chagall’s 1912 painting The Fiddler. The play opened on Broadway in 1964 and there was some concern that the story would only appeal to a small Jewish audience. However, Fiddler’s tale of a Jewish dairy farmer who attempts to marry off his five daughters in pre-revolutionary Russia, is a story of family, tradition and the inevitability of change. This gave the story a universal appeal and along with the excellent story and top-notch musical numbers, Fiddler was an international success. And naturally it was destined to become a film.

“Fiddler’s Journey to the Big Screen explores the history behind the Broadway show, how Norman Jewison came to be involved, the casting, musical direction, art direction, location scouting, choreography, cinematography and many other elements that came to make the film as well as Fiddler‘s legacy. There is so much here to take in but it never feels overwhelming.

“The documentary includes interviews with director Norman Jewison, lyricist Sheldon Harnick, musical director John Williams, actresses Rosalind Harris (Tzeitel), Michele Marsh (Hodel) and Neva Small (Chava) and film critic Kenneth Turan. There are also archival interviews of Jewison back in 2000 as well as actor Topol and art director Robert F. Boyle. The interviews add so much to this documentary. There is nothing quite like firsthand accounts of an important moment in film history. And much like Daniel Raim’s other documentaries, there are illustrations from artist Patrick Mate as well as plenty of archival footage and behind-the-scenes photographs. The documentary is also is chock full of interesting facts even beyond just the making of Fiddler on the Roof. Watching it felt like I was getting two documentaries for the price of one: the making of a film and the biography of its director.”

On April 1 we’ll open THE ROSE MAKER at the Claremont, Playhouse, Royal and Town Center. Catherine Frot stars as one of France’s greatest artisanal horticulturalists, whose rose business is on the brink of bankruptcy. When her secretary hires three inexperienced ex-convicts, they must team up to rescue the business in this verdant comedy. Enjoy this clip for a whiff: 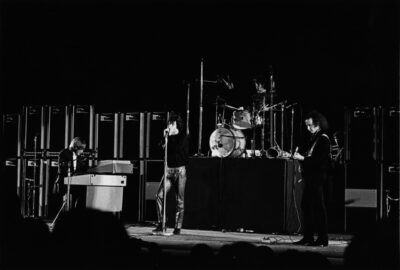 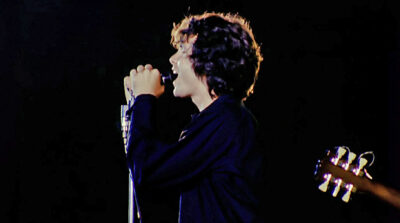 The Israeli romantic dramedy GOLDEN VOICES, which we open on October 8 at our Encino, West L.A. and Pasadena theaters, follows Raya and Victor who built a shared career as the Soviet Union’s most beloved film dubbers. For decades they worked translating the films of auteurs like Federico Fellini and Stanley Kubrick into Russian. Upon the collapse of the USSR in 1990, the Jewish couple must immigrate to Israel and reinvent their talents to find employment.

As they strive to acclimate to their adopted home, opportunities for first-rate vocal performances are few and far between. Raya answers a help wanted ad searching for women with “pleasant voices” and finds herself catering to a lonely Russian community as a phone-sex operator, while Victor falls in with a band of black market film pirates from the VHS underground. A charming comedy about disrupting dynamics, starting anew, and rediscovering yourself in the most unexpected places, GOLDEN VOICES is also a stirring tribute to the redemptive power of cinema.

Tablet Magazine described GOLDEN VOICES as “a sensitive and heartwarming film about immigration, growing old, love, and new beginnings” and The Australian called “an original, unusual, and quite disarming film about the immigrant experience.”

Director/co-writer Evgeny Ruman says of GOLDEN VOICES, “I came to Israel in 1990 when I was a kid with my family. Going to the cinema was too expensive, so the films I had seen in my first years in Israel were from illegal video libraries for Russian speakers. This is when my love of cinema was born – watching bleak pirate copies that were shot directly from cinema screens and amateurishly dubbed. I was a kid in a strange country and the world of films was the best escape from the harsh reality. Nowadays, being a part of Israeli society and the film industry, I like to look back at the past from a different perspective and turn it into a movie. This film was born from a love of cinema, but while developing the project I discovered it expresses something much bigger than that – the story of grown people that had to reinvent themselves completely in order to start a new life in Israel. The story of my parents.

“I see this film as a sad comedy. I believe this story has very touching human moments, as well as very funny and entertaining ones. I want the viewers to experience both fully while watching the film. I certainly would prefer to get the audience to laugh out loud rather than just smile during the most absurd and funniest moments in the film, just as I want them to be deeply engaged in the dramatic storylines and maybe even shed a tear. The story is told in a simple, clean way. Shot in cinemascope wide lenses, the images are rich in details, telling the story visually. In addition to the dialogue and music, we use the point of view of the protagonists – so the audience can have the same experience as Victor and Raya.”