Laemmle’s Art in the Arthouse proudly presents THE PASADENA ART SHOW 2019.  Please join us as we celebrate our local artists in an intimate theatre setting. Our special event features a slideshow on the big screen, artist talks, and of course refreshments. Meet the artists and stay for the bagels, mimosas and conversation Art in the Arthouse is known for. Sales benefit the Laemmle Foundation and its support of humanitarian and environmental causes in the Los Angeles region. 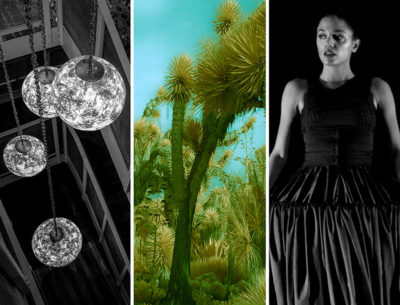 About the Exhibit
Our annual community exhibit is a powerful collective voice emerging from individual expression  – celebrating art-making through a communal creative vibration. This show encourages an engaged visual conversation between artists and moviegoers. In photography, painting and digital imagery, we discover surreal gardens, humans embracing, light and water, the human condition and the nature of space and bloom. These atmospheric elements act as a coalescing force. Many of the nineteen works presented explore themes in a nuanced fashion, creating shadows, tones and an array of dramatic environments. A large scale of song and fury prevails. Art that one creates, must move. While two-dimensional images stand still, stillness moves its viewers. Technical rigor is important, but passion and sensitivity is sought and found. Art patrons often search for messages articulated in specific languages. All of our creatives successfully hit this mark. Thanks to our artists and to producer Lynn Chang for once again transforming our halls into a magnificent gallery.
-Joshua Elias, Curator

RSVP here
This is a Free Event

The warmth and wit of celebrated playwright turned auteur Marcel Pagnol (The Marseille Trilogy) shines through in the enchanting slice-of-life comedy The Baker’s Wife (1938). Returning once again to the Provençal countryside he knew intimately, Pagnol draws a vivid portrait of a close-knit village where the marital woes of a sweetly deluded baker (the inimitable Raimu, heralded by no less than Orson Welles as “the greatest actor who ever lived”) snowball into a scandal that engulfs the entire town. Marrying the director’s abiding concern for the experiences of ordinary people with an understated but superbly judged visual style, The Baker’s Wife is at once wonderfully droll and piercingly perceptive in its nuanced treatment of the complexities of human relationships.

Here’s are some fun facts about the movie:

—The story is taken from the novel Blue Boy (Jean le bleu) by Jean Giono. It was Marcel Pagnol’s fourth and final Giono adaptation, after Jofroi (1934), Angèle (1934), and Harvest (1937).
—Pagnol’s initial choice for the role of the baker was Marcel Maupi, whose frail constitution was more in keeping with Giono’s physical description of the character in Blue Boy. But the part eventually went to the burly Raimu. (Maupi plays Barnabé in the film.)
—Pagnol wrote the part of Aurélie for Joan Crawford, using minimal dialogue since she didn’t speak French. After she declined, Raimu convinced Pagnol to cast Ginette Leclerc, who would go on to star in such films as Le Corbeau (1943) and Tropic of Cancer (1970).
—Raimu refused to play his dialogue scenes outdoors. Therefore, much of the film was shot in a studio, giving many scenes a look that’s a combination of location and studio photography.
—The film’s exteriors were shot in the medieval village of Le Castellet, roughly thirty miles southeast of Marseille. Today, the area is famous for its wine production and Formula 1 racetrack.
—The film was a major critical and box office hit in France when it was released in 1938. In 1940, the film also had a successful run in the U.S., where it won best foreign film honors from both the National Board of Review and the New York Film Critics Circle.
—In the mid-forties, after the war, Orson Welles visited Pagnol and told him that he had seen The Baker’s Wife and would like to meet its star, Raimu, whose acting Welles revered. Pagnol informed Welles that Raimu had recently passed away, and Welles burst into tears.
—Pagnol adapted his script for The Baker’s Wife into a theatrical production but only staged one performance. In 1976, a musical adaptation of the same name, with music and lyrics by Stephen Schwartz and a book by Joseph Stein, embarked on a six-month tour of small venues in the U.S., undergoing major retooling along the way. The musical finally premiered in the West End in 1989. Although the reviews and audience reaction were positive, the show lasted here for only fifty-six performances. It has not been produced on Broadway.
—In The Catcher in the Rye, Holden Caulfield, despite his own distaste for movies, mentions that his younger sister, Phoebe, likes them and knows the difference between good and bad films. He says that he took her to see The Baker’s Wife and she found it hysterical.
We will screen The Baker’s Wife daily at the Ahrya Fine Arts April 26-28 and April 29 at the Laemmle Glendale, April 30 at the Playhouse 7, May 1 at the Town Center and Claremont, and May 2 at the Royal.

THE BIKES OF WRATH director Cameron Ford will participate in Q&A’s after the 7:30 pm screenings at the following locations and dates: 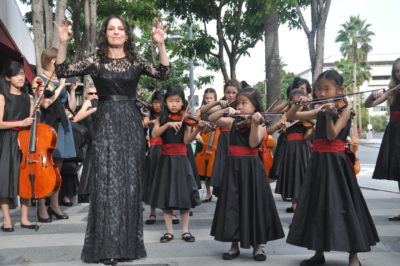 Award-winning Pascale Music Institute, founded by Susan Pascale, teaches aspiring musicians as young as three and half years old to play the violin, viola, cello, bass, and piano. The Sunday concert will feature the Los Angeles Children’s Chamber Orchestra conducted by Los Angeles Philharmonic violinist, Mitchell Newman. Students of the Pascale Music Institute, or PMI, are taught using the innovative The Pascale Method®, a systematic approach that sets young children up for success from the beginning. Detailed directions, fun exercises, rapid progress, coupled with a delightful reward system motivate students to master skills quickly and correctly. From the beginning, the Pascale Method and Institute stress the importance of music reading, and within 12 weeks, the student is ready to perform for friends and family, and advance to the next level of instruction. For more information visit pascalemusic.com 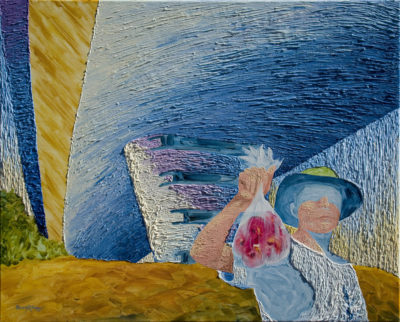 Swing, samba or shimmy on over to Art in the Arthouse’s newest exhibit in Pasadena, DANCING WITH COLORS. This bold festival of color from artists Nancy R. Wise and Raymond Logan runs till June, 2019.  Sales benefit the Laemmle Foundation and its support of humanitarian and environmental causes in the Los Angeles region.

About the Exhibit
NANCY R. WISE: Oil painter Nancy R. Wise is enchanted by color. She views her art as daily reality transformed by color and texture, woven on the loom of light. She states, “I love the vibrancy of bright colors, thick impasto-like textures against thin washes and strong forms to communicate an experience of a subject’s essence. It is my way to abstract and transform our ordinary experiences and reawaken life’s vibrant aesthetic.” 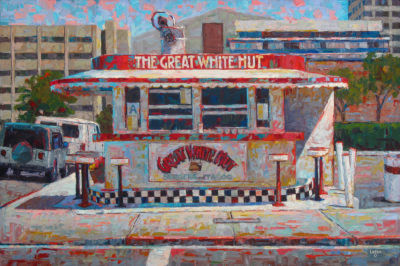 RAYMOND LOGAN: Don’t call Raymond Logan a “realistic artist.” While his work depicts real-life subject matter, it is grounded in abstraction and intuition. His true goal is to create a dialogue with you, the viewer, where a mutual discovery and re-imagining of “the self” can take place. Logan uses deft strokes of thick paint in surprising colors extrapolated from what he sees in the object – enhanced by how he wants those colors expressed. Get close up and you’ll find that his representational art becomes fully abstract.

Logan and Wise are connected through their mutual love of color and the ways they apply that color to their artwork. Logan spares nothing as he lavishly slaps thick globs of paint onto the canvas, while Wise contrasts impasto with thinner areas to create dynamic separation. From the first moment I saw their vibrant artwork, I knew their pieces would dance well together. 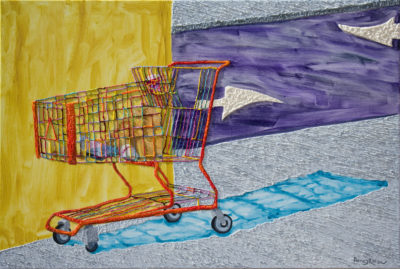 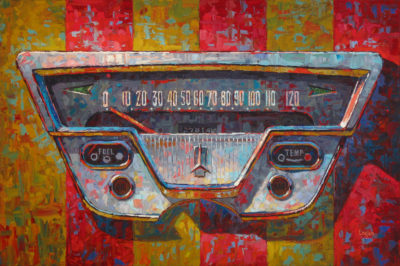 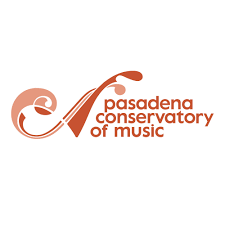 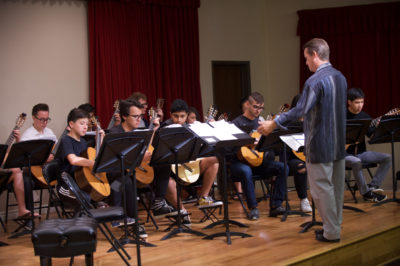 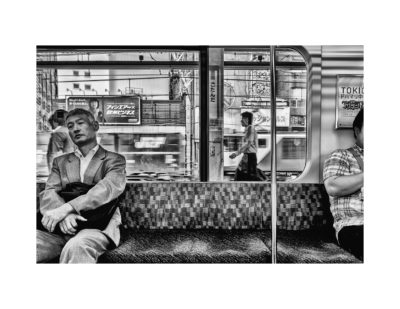 Come on over to Claremont for Laemmle’s Art in the Arthouse’s newest show featuring the exquisite photography of Ronald Dunlap. The show will run at the Claremont 5 till June, 2019. Sales benefit the Laemmle Foundation and its support of humanitarian and environmental causes in Los Angeles.

About the Exhibit
Photographer and artist Ronald Dunlap has been “living pictures” both in life and through his lens for forty years. Dunlap’s service in Vietnam as a Marine left an indelible mark. Over the years he has returned to Vietnam, Cambodia and toured the East to record the stark images of daily life in those regions. Many of the fifteen photographs in this collection are from those journeys.Dunlap has a refined eye and fastidious focus. His imagery is evocative and speaks volumes. According to the artist his raison d’etre is “a concern with picture structure and the ability to connect with the viewer without the need for any written explanation.” 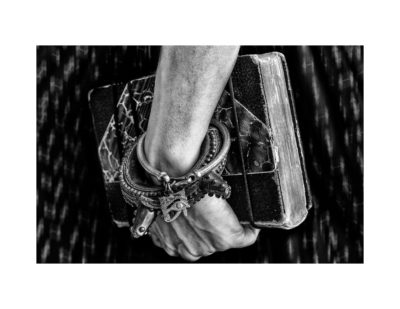 Dunlap has studied at Laguna College of Art and Design, Chouinard Art Institute and received his BFA in Fine Art from the California Institute of the Arts. His MFA Fine Art degree is from Otis College of Art and Design.The artist has previously shown his work at both Laemmle’s Pasadena and Claremont community art shows. Dunlap lives and works at his home in Altadena, and continues to focus on honing his craft and speaking to his audience directly through his arresting images. 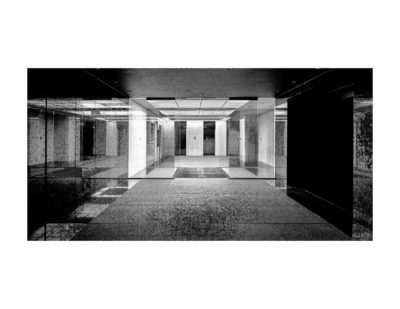