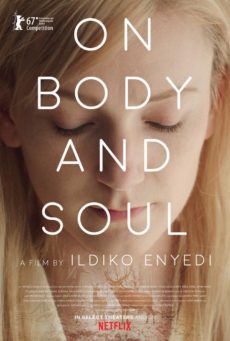 This year intrepid moviegoers will have a chance to see every one of the shortlisted foreign films in theaters. The Academy received submissions from around the world, 92 nations in all, and has whittled them down to these lucky nine. (Anne Thompson of Indiewire has a good breakdown about the snubs and surprises here.)

We open the Hungarian drama ON BODY AND SOUL this Friday at the Music Hall. We’ve been playing the hit Swedish comedy THE SQUARE since November. We have Fatih Akin’s IN THE FADE (Germany), starring a fierce Diane Kruger, right now at the Royal and starting Friday at the Playhouse and Town Center. (We’ll also host Mr. Akin in person for a Q&A at the Royal this Friday.) The following weekend we’ll open THE INSULT (Lebanon), and bring back FELICITE (Senegal) and THE WOUND (South Africa). We’ll have Russia’s LOVELESS in February and Israel’s FOXTROT in early March. We don’t yet have FANTASTIC WOMAN (Chile) dated but most likely will soon. Travel the world via movie theater seat. Much more affordable than the airlines, and better leg room!