In the summer of 2018, a short outing after soccer practice became a two-week saga of survival and a story that soon captured the world’s attention. Monsoon rains had trapped twelve boys and their coach in a labyrinthian cave in Northern Thailand, and within days thousands of people had descended on the area to try to help. But were the boys even still alive? Anticipation and anguish hung in the air until they were found, trapped in a pitch-black chamber two kilometers deep into the cave. The next question—immediate, obvious, and confounding—was how to get them out.

THE RESCUE, the latest feature documentary from Academy Award-winning directors and producers E. Chai Vasarhelyi and Jimmy Chin, brings alive one of the most perilous and extraordinary rescues in modern times. With exclusive interviews and a wealth of never-before-seen material, the film takes us into the infamous cave, highlights the efforts of the Royal Thai Navy SEALs and US Special Forces, and details the expert cave divers’ audacious venture to dive the boys to safety.

THE RESCUE keeps viewers on the edge of their seats as it shines a light on the high-risk world of cave diving, the astounding courage and compassion of the rescuers, and the shared humanity of the international community that united to save the boys. In the tradition of their earlier films FREE SOLO and MERU, Vasarhelyi and Chin document a profoundly daring physical feat, laying bare the details of the seemingly impossible rescue.

Reviews have been rapturous:

“THE RESCUE keeps you on the edge of your seat for every minute, even if you already know the outcome.” ~ Frank Scheck, Hollywood Reporter

“A stunning documentary of bone-deep moral resonance and cinematic mastery that deserves to be experienced on the big screen.” ~ Tomris Laffly, Variety

THE RESCUE “unfolds with stunning precision, letting the people who were there tell the story, and never softening their unique personalities.” ~ Brian Tallerico, RogerEbert.com

“Our films attempt to examine questions that transcend their subject matter. Our film MERU is about climbing, but really, it’s about friendship and mentorship. Our film FREE SOLO is about free soloing a mountain, but really, it’s about making intentional decisions about what we want to achieve in life and the sacrifices we make. THE RESCUE is about an impossible rescue, but really, it’s about moral responsibility. When we have the skill set to rescue someone, do we bear the burden to do so even if we put ourselves at risk? It’s also a story about the common humanity that brings us together rather than what divides us.

“All these stories are about overcoming insurmountable odds. They feature unexpected heroes. And they invite the audience into specific worlds in a deep and authentic way. In THE RESCUE, that’s the world of cave diving. Cave diving is very dangerous and very difficult. So why do the cave divers do it? What’s their motivation, experience, inspiration? As a climber, Jimmy knows how vital it is that every last detail be right. Our films are defined by that level of exactitude.

“We wanted to make this movie for many of the same reasons that the story of the Thai children trapped in the cave captivated the hearts and minds of the world in 2018. It was an against-all-odds story that gave you hope. It brought out the best in people who united from many different nations to help these kids. There’s a line in the film that says, “Generosity is the beginning of everything,” and that’s ultimately what the film is about.

“But creating THE RESCUE was very challenging. It has all the ingredients of a film you shouldn’t or can’t make: Everything’s pitch black in the cave. It’s underwater and muddy. The main event is over; you can’t shoot footage of it, and the archival sources are scattered all over the world. And, of course, the pandemic hit. We were scheduled to go to Thailand in spring 2020, but as the shoot neared, it became clear that it was too risky to travel internationally. We did interviews by Zoom and focused on building trust and rapport remotely. We were dealing with different cultures, different languages, different time zones; and there were numerous constraints, but ultimately the story is still moving. The children, the cave divers, the Thai Navy SEALs, the US Special Forces and an entire community all showed us what great courage looks like.

“The story of the rescue is filled with numerous coincidences that could be seen as more than coincidence. There’s a fairy-tale quality to the story. We couldn’t help but be struck by the fact that just as the boys were trapped in place in 2018, the whole world was trapped in place while we were making this movie. And yet, in 2018 the world came together to help the boys. THE RESCUE reminds us that amazing things are possible when people have integrity and a sense of responsibility for each other.”

Asked in an interview, “What would you like the audience to take from the film?” they replied:

Jimmy Chin: I hope people are inspired by the humanity of the global community of rescuers, the courage of the divers and Thai Navy Seals and the bravery of the kids. I want people to come out of the theater asking themselves “Could I ever do that? Would I have made the same choices?” I think the divers really exemplified great moral courage. They didn’t have to go back in. I hope people are moved by seeing what great moral courage looks like and how people are able to achieve great things and overcome seemingly insurmountable odds through perseverance and determination.

Elizabeth Chai Vasarhelyi: I think it’s the absolute morality of Rick. He felt an absolute obligation to figure out how to save the kids. If only we all did what’s fundamentally decent and responsible… that’s interesting. It’s about the common thread we all share — about finding your place in the world. We see the divers evolve emotionally. We see their attention to detail and methodology. We cherish that, love it, want to honor and respect it. Truth is so much stronger than fiction. 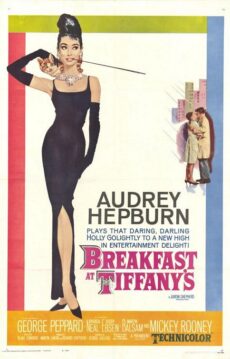 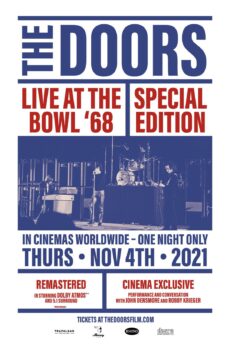