Laemmle Theatres and the Anniversary Classics Series present a 35th anniversary screening of one of the most popular sci-fi films of all-time, THE TERMINATOR, the movie that spawned one of the screen’s most profitable film franchises. 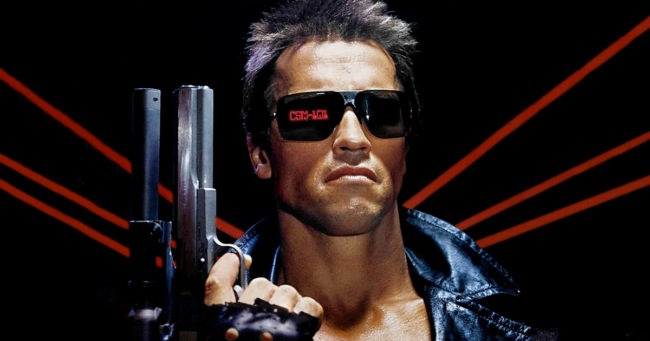 Starring Arnold Schwarzenegger in his most iconic role, Linda Hamilton, and our special guest, Michael Biehn, THE TERMINATOR screens on Saturday, May 11th at 7:30pm at the Ahrya Fine Arts in Beverly Hills. Click here for tickets.

Writer-director James Cameron and Producer Gale Ann Hurd had both apprenticed at Roger Corman’s low-budget factory, New World Pictures, in the late 1970s and early 1980s when they joined forces to create THE TERMINATOR. 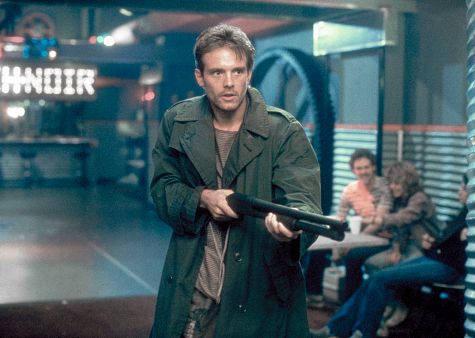 Their original screenplay (with co-writer William Wisher, inspired by works of Harlan Ellison) chronicles the battle for the survival of the human race against Skynet, a synthetic intelligent machine network of the future. In 2029, an automaton killer (Schwarzenegger) is dispatched through time to assassinate an unsuspecting waitress (Linda Hamilton) in 1984, who turns out to be the future mother of the 21st–century human Resistance leader, John Connor. To protect her, Connor sends guerrilla fighter Kyle Reese (Michael Biehn). The ensuing chase through the streets of Los Angeles, with the seemingly unstoppable and leather-clad Schwarzenegger, is a model of low-budget efficiency and resourcefulness.

Contemporary critics embraced the sci-fi suspense thriller, with Kirk Ellis of The Hollywood Reporter calling it “a genuine steel metal trap of a movie.” Dave Kerr of Chicago Reader characterized its “almost graceful violence…(has) the air of a demented ballet,” and Janet Maslin in The New York Times cited it as a “B-movie with flair.”

The film was a genuine sleeper hit, and its success led to several sequels, a television series and video games. The latest incarnation of the series, TERMINATOR: DARK FATE, with Cameron returning to a creative role, is set to open theatrically later this year. The film that started it all, THE TERMINATOR, was added to the Library of Congress’ National Film Registry in 2008. 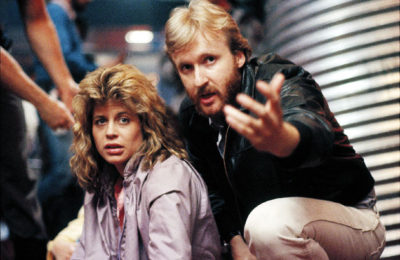 Cameron, of course, became one of the most sought-after filmmakers in Hollywood, staying in the sci-fi world for several landmark films (Aliens, The Abyss, Avatar) and winning Oscars for a venture into the past, Titanic, the biggest box-office hit of the twentieth century.

Schwarzenegger went on to movie superstardom and political success. His terse line reading in the film, “I’ll be back,” is ranked 37th of AFI’S all-time movie quotes, and his character Terminator is ranked as the 22nd greatest movie villain.

Gale Ann Hurd emerged as one of the most successful female producers of the era, with Aliens, Alien Nation, and Armageddon among her hits.

Our special guest, Michael Biehn, has enjoyed a long career, primarily in action roles (Aliens, The Abyss, Tombstone, The Rock, The Art of War) into the 21st century.

Saturday, May 11th at 7:30pm at the Ahrya Fine Arts in Beverly Hills. Click here for tickets.