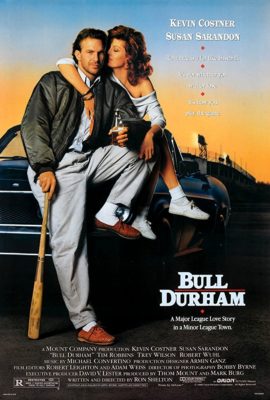 Laemmle Theatres and the Anniversary Classics Series present a 30th anniversary screening of Bull Durham (1988), widely considered the best sports movie ever made.

Writer-director Ron Shelton made his directorial debut with this semi-autobiographical baseball tale and romantic comedy, and he garnered an Academy Award nomination for best original screenplay. His screenplay was also judged the year’s best by the New York Film Critics, the Los Angeles Film Critics, and the Writers Guild. 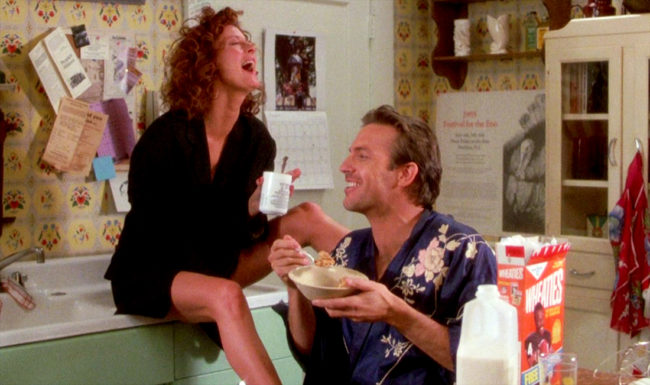 Costner stars as a veteran catcher who is sent to a minor league team in Durham, North Carolina to mentor a rookie pitcher played by Robbins. They both encounter a “baseball groupie” and earth mother (Sarandon), who chooses the best player each year as her romantic partner, also acting as an unconventional muse for the team. This arrangement leads to a romantic rivalry when Sarandon selects Robbins as her lover and both she and Costner attempt to season the immature pitcher for the major leagues.

Writer-director Shelton (White Men Can’t Jump, Tin Cup) drew on his own experience as a baseball player in the minor leagues, and that authenticity impressed both the critics and sports fans. In 2003 Sports Illustrated ranked it the greatest sports movie of all time.

Among the critical acclaim, Vincent Canby in the New York Times wrote of tyro director Shelton, “This is one first-rate debut.” Newsweek’s David Ansen said the film “works equally as a love story, a baseball fable and a comedy while ignoring the clichés of each genre.” 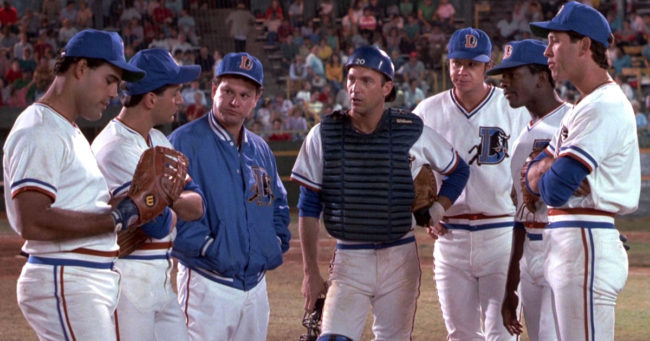 Robert Wuhl is an actor, comedian and writer who was also featured in two other films by Ron Shelton, Blaze and Cobb. In addition he was the creator and star of the TV series Arli$$, and won two Emmys for writing Oscar shows hosted by Billy Crystal.

The 30th anniversary of Bull Durham will be presented in a special 35mm screening on Tuesday, July 10 at 7:30 PM at the Ahrya Fine Arts in Beverly Hills. Co-star Robert Wuhl will participate in a Q&A after the screening. Click here for tickets.

#CatVideoFest2020 is a compilation reel of the lat