On the day after Memorial Day, Laemmle Theatres and the Anniversary Classics Series present one of the greatest of all war films, Oscar’s Best Picture of 1978, THE DEER HUNTER.

Actor John Savage will participate in a Q&A at the 40th anniversary screening on Tuesday, May 29th at 7:15pm at the Ahrya Fine Arts theater in Beverly Hills. Click here for tickets. 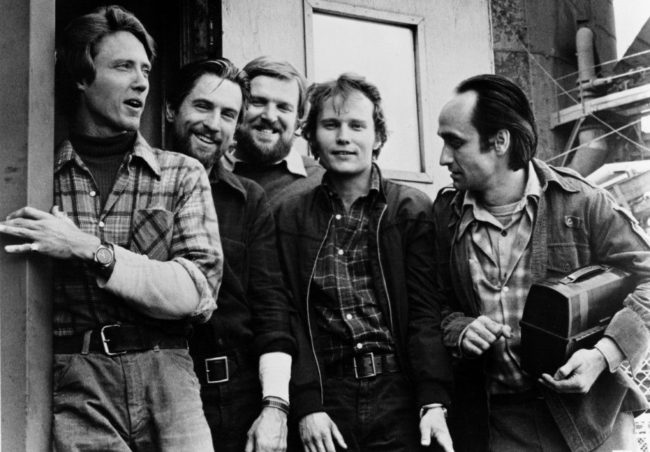 The film won four other Oscars, including Best Director for Michael Cimino and Best Supporting Actor for Christopher Walken. Robert De Niro earned a nomination for Best Actor, and Meryl Streep earned her very first nomination for her performance in the film. Deric Washburn wrote the screenplay from a story that he created with Cimino, Louis Garfinkle, and Quinn Redeker. Master cinematographer Vilmos Zsigmond shot the film, and Peter Zinner was the editor. 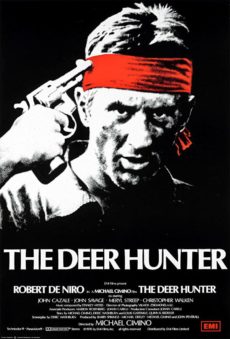 This epic vision of working class America follows three steelworkers from Pennsylvania as they journey halfway across the world to fight in Vietnam. De Niro, Walken, and John Savage play the three best friends. The first hour of the film immerses us in the routines of their lives as they prepare for the wedding of Savage’s character.

In the second section the three friends find themselves in a North Vietnamese prison camp, where they endure horrific physical and psychological torture before making a heroic escape.

In the third section, they try to readjust to life back home but find this re-entry just as traumatic as their wartime experiences. George Dzundza and John Cazale (who played Fredo in the first two ‘Godfather’ films and who died before the release of THE DEER HUNTER) round out the cast.

Roger Ebert praised “one of the most emotionally shattering films ever made.” In Newsweek Jack Kroll wrote, “THE DEER HUNTER is a film of great courage and overwhelming emotional power, a fiercely loving embrace of life in a death-ridden time.” The Wall Street Journal’s Joy Gould Boyum declared, “It is one of the boldest and most brilliant American films in recent years.”

Frank Rich, then the critic for Time magazine, added, “De Niro, Walken, John Savage…and Meryl Streep are all top actors in an extraordinary film.” In addition to its Oscars, the film was named best picture of the year by the New York Film Critics Circle.

The film was also greeted by protests by some activists who felt that the movie falsified the complexities of the Vietnam War and demonized the North Vietnamese. But Cimino argued persuasively that the film was intended to belong to an antiwar tradition that went back to one of the very first Oscar-winning films, ‘All Quiet on the Western Front.’ The film was added to the National Film Registry in 1996, an honor reserved for films deemed “culturally, historically or aesthetically significant.”

John Savage had his first important screen role in THE DEER HUNTER, and he went on to star in Milos Forman’s film of the classic counterculture musical, ‘Hair,’ in the film version of Joseph Wambaugh’s best-selling novel, ‘The Onion Field,’ Richard Donner’s ‘Inside Moves,’ Oliver Stone’s ‘Salvador,’ ‘The Godfather Part III,’ Spike Lee’s ‘Do the Right Thing’ and ‘Summer of Sam.’ He also distinguished himself in the theater, playing in the original production of David Mamet’s ‘American Buffalo,’ among other roles. In addition to many TV appearances, he has worked as a producer and composer as well as an actor.