Laemmle Theatres and the Anniversary Classics Series invite you to ring out the old and ring in the New Year with a 60th anniversary screening of the very first James Bond movie, Dr. No. The film opened in London in October 1962 and launched the most successful franchise in motion picture history, still going strong today. After its successful British run, it opened in the U.S. in the spring of 1963, allowing American audiences to enjoy one of the most memorable introductory lines in movie history: “Bond. James Bond.”

This adaptation of one of the spy novels penned by former British intelligence officer Ian Fleming was by no means a guaranteed hit. The star of the film, Sean Connery, was a relative newcomer, and the supporting cast members were not that well known either. Producers Harry Saltzman and Albert “Cubby” Broccoli purchased the rights to Fleming’s novels and hired director Terence Young (who went on to direct two more Bond pictures, From Russia with Love and Thunderball). Richard Maibaum, Johanna Harwood, and Berkely Mather wrote the screenplay. 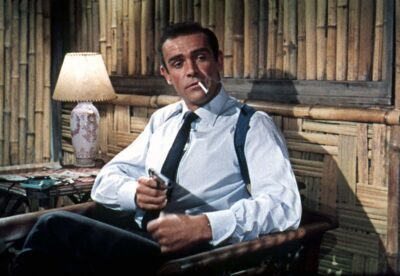 The plot centers on an archvillain based in Jamaica who is plotting to disrupt a rocket launch at Cape Canaveral in Florida. Bond, however, is on the case, determined to foil the sinister plot. He is aided by the first of the “Bond girls,” Ursula Andress as Honey Ryder, who makes a memorable entrance emerging from the sea in a yellow bikini with a large knife on her belt. The dastardly Dr. No is played by distinguished character actor Joseph Wiseman, who had made an impression in such films as Detective Story and Viva Zapata! as well as in many acclaimed plays in the New York theater. The supporting cast includes Bernard Lee as M and Lois Maxwell as Miss Moneypenny, both of whom returned in many of the subsequent Bond pictures. 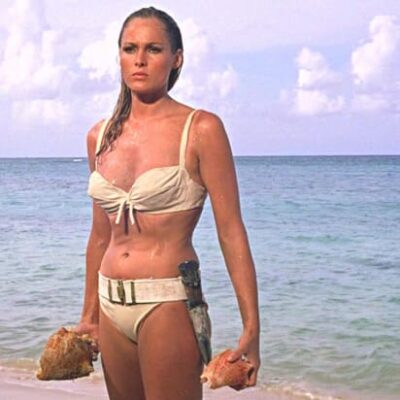 Behind the camera, Maurice Binder’s main titles and Monty Norman’s musical theme also became fixtures in the Bond series. Editor Peter Hunt also continued to work on the franchise, eventually graduating to the director’s chair with On Her Majesty’s Secret Service. Oscar-winning production designer Ken Adam went on to design Goldfinger, You Only Live Twice, Diamonds are Forever, The Spy Who Loved Me (for which he earned an Oscar nomination), and Moonraker. One of the wittiest touches that Adam included in Dr. No was his recreation of Goya’s famous painting of the Duke of Wellington, hanging on the wall of Dr. No’s lair. The painting had been stolen from the National Gallery in London the previous year and had not yet been recovered, so Adam’s decision to implicate Dr. No as the art thief was a sly inside joke.

The distributors had some concerns about whether the film would pass the censorship office. The opening sequence in Jamaica, set to a calypso rendition of “Three Blind Mice,” was unusually violent for a film made in 1962, and the sexual innuendoes were also bold for the era. Indeed the Vatican condemned the movie as immoral. But it received a seal of approval from the MPAA in the United States. It may have helped that President John Kennedy was a fan of the Fleming novels and even requested a private screening of Dr. No at the White House. 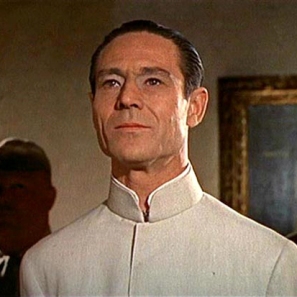 Critical response was generally favorable. Variety praised “an entertaining piece of tongue-in-cheek hokum.” Dilys Powell of the London Sunday Times wrote, “The first of the James Bond films…has the air of knowing exactly what it is up to, and that has not been common in British thrillers since the day when Hitchcock took himself off to America.” More recently, Kim Newman of Empire magazine declared, “With a debut like this, it’s no wonder that it spawned one of the biggest franchises ever.”

Join us to relive the birth of a legend. Before the screening, take part in a Bond trivia contest with some choice prizes! And a word of caution: Beware the deadly tarantula!