Laemmle Theatres and the Anniversary Classics Series are proud to present this month’s installment in our popular Anniversary Classics Abroad program: Akira Kurosawa’s unique Shakespearean adaptation, Throne of Blood. The Japanese auteur was always an admirer of the Bard. His late film Ran offered a variation on King Lear. The power, majesty and craftsmanship of a film like Throne of Blood can only fully appreciated in a theatrical setting: with an audience, with a big screen, and sound you can feel. We’ll be showing a DCP. 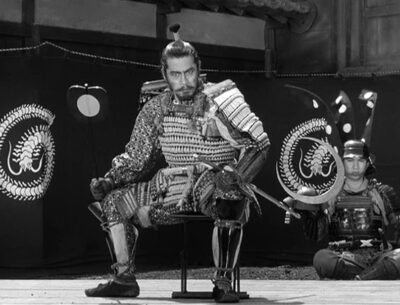 For many years Kurosawa dreamed of adapting Macbeth, and he put the film together in 1957, with his favorite actor Toshiro Mifune starring as the ambitious, murderous leader. Isuzu Yamada co-stars as the Lady Macbeth character, with Takashi Shimura as the equivalent of Shakespeare’s Macduff. Kurosawa wrote the screenplay with Hideo Oguni, Shinobu Hashimoto, and Ryuzo Kikushima. They transposed the story from medieval Scotland to feudal Japan and Kurosawa came up with striking visual concepts to revitalize the classic story. The castle exteriors were filmed on the slopes of Mount Fuji and the memorable climax—with a massive array of arrows aimed at the deranged protagonist—remains one of the greatest images in any Kurosawa movie. 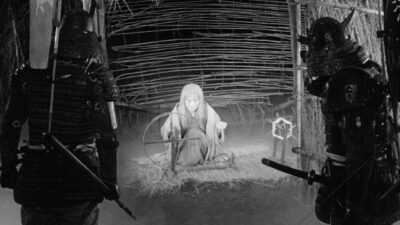 Writing of this climactic scene, The New Yorker’s Anthony Lane declared,“No stage production could match Kurosawa’s Birnam Wood, and, in his final framing of the hero — a human hedgehog, stuck with arrows — he conjures a tragedy not laden with grandeur but pierced, like a dream, by the absurd.” British critic Derek Malcolm of the Guardian acclaimed Throne of Blood as “a landmark of visual strength… possibly the finest Shakespearean adaptation ever committed to the screen.” 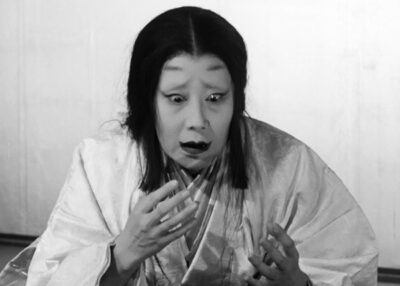 On its original American release, Time magazine praised the film as “a visual descent into the hell of greed and superstition.” In his four-star review, Leonard Maltin called the film a “graphic, powerful adaptation of Macbeth in a samurai setting.” It was not simply film critics who endorsed the film. Renowned literary critic Harold Bloom said that Throne of Blood was “the most successful film version of Macbeth.” 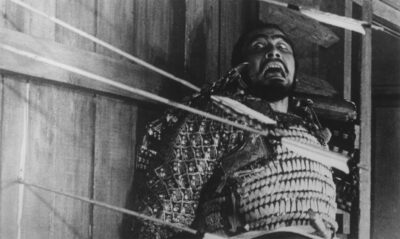