In OFFICIAL COMPETITION, which we’ll open June 17 at the Royal before expanding it around the county in the subsequent weeks, Penélope Cruz and Antonio Banderas star as two egomaniacs commissioned by a millionaire to make a movie together in a sharply comedic skewering of wealth, art, and pride. Asked to describe his film, co-writer-director Gaston Duprat, replied with laughter, “I see it like one of those little ankle-biting dogs nipping at your heels. That’s it.” Banderas said, “The film has very bad blood. It rebels against stupidity.” 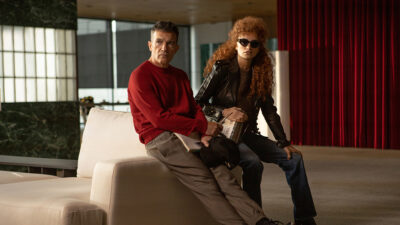 “Wondering just how far this film will go is half the fun, and directors Mariano Cohn and Gastón Duprat choose their moments to push the tone from sharp observational comedy into absurdity.” ~ Anna Smith, Deadline Hollywood Daily 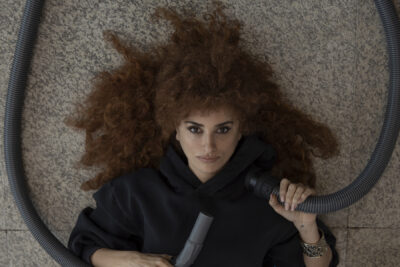 “Seeing Cruz and Banderas show off their comedic chops is definitely a pleasure, and the farcical final scenes will leave viewers on a high.” ~ Nicholas Barber, indieWire