Laemmle Theatres and the Anniversary Classics Series present a tribute to the late Sidney Poitier with one of his lesser known but most provocative movies, PRESSURE POINT from 1962. Bobby Darin (in one of his first dramatic performances) and Peter Falk co-star in this gritty, still-timely film about racism and anti-Semitism. Our guest speaker will be co-star Barry Gordon, who played Darin’s character as a child in visually striking flashback scenes. The screening is at the Royal on Wednesday, June 22 at 7 PM. Buy tickets here. 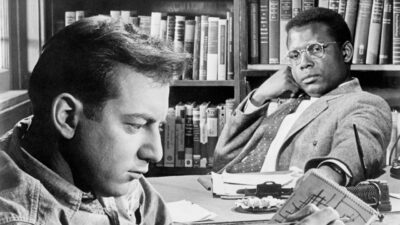 The film is based on a real psychiatric case about a doctor who tried to fathom the reasons for the racial prejudices of a belligerent patient. As he probes the character’s past, he discovers some of the reasons for the convict’s poisonous ideas but is unable to “cure” him of his antisocial attitudes. It was the film’s producer, Stanley Kramer (THE DEFIANT ONES, JUDGMENT AT NUREMBERG, GUESS WHO’S COMING TO DINNER), who suggested altering the real case by making the psychiatrist a Black man. This gave an added edge to the story. Both Poitier and Darin contribute outstanding performances. The script by director Hubert Cornfield and S. Lee Pogostin incisively scrutinizes the psychological roots of race prejudice and fascism. A film exposing the poison of white supremacy remains just as timely today as it was in 1962. 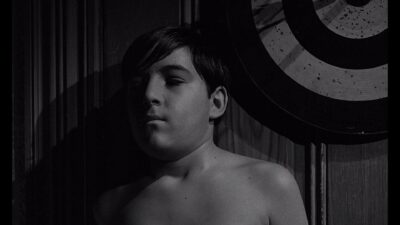 Barry Gordon had a highly successful career as a child actor in the 1950s and 60s. After completing PRESSURE POINT, he starred on Broadway as Jason Robards’ nephew in Herb Gardner’s tribute to nonconformity, A THOUSAND CLOWNS. Gordon earned a Tony nomination for that performance and reprised his role in the Oscar-winning 1965 film version of the play. Gordon went on to co-star in many TV comic and dramatic series, from ‘The New Dick Van Dyke Show’ and ‘Archie Bunker’s Place’ to ‘L.A. Law,’ ‘NYPD Blue,’ and ‘Curb Your Enthusiasm.’ He also portrayed the character of Donatello in the smash hit animated series, ‘Teenage Mutant Ninja Turtles.’ In addition, Gordon was the longest-serving president of the Screen Actors Guild, with a seven-year tenure from 1988 to 1995. 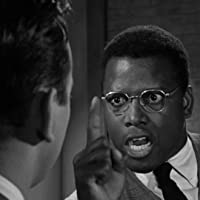