In celebration of Oscar season, Laemmle Theatres and the Anniversary Classics Abroad Series present the 20th anniversary of Pedro Almodovar’s Academy Award-winning TALK TO HER (2002) on Wednesday, March 23 at four Laemmle locations: Glendale, Newhall, Pasadena and West L.A. The internationally acclaimed Spanish filmmaker earned two Oscar nominations for this “bizarrely poetic tale of men in love with two women in comas,” for directing and writing, winning in the latter category. In the current Oscar race, Almodóvar’s most recent film, PARALLEL MOTHERS, has also earned two nominations, including a Best Actress nod for Penelope Cruz. 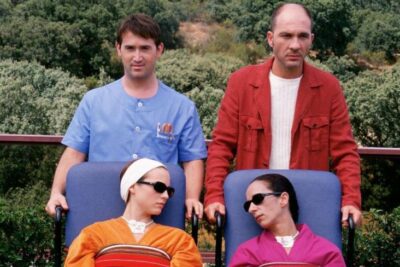 TALK TO HER is the story of a macho travel writer (Darío Grandinetti) and a gay male nurse (Javier Cámara) who form an unlikely friendship when they bond over a shared but separate devotion to two comatose women: a gored bullfighter (Rosario Flores) and a ballerina (Leonor Watling), respectively. Told in flashback, the film unfolds with a delicate balance of drama, comedy, and suspense, all trademarks of Almodóvar’s inimitable style. He had emerged in the 1980s with a liberating sensibility after the repressive Franco regime had ended in Spain. In a series of unconventional melodramas over the next four decades, he has explored identity, sexuality, friendship, family, desire, and passion, often with irreverent humor. TALK TO HER was his first effort in the 21st century and was greeted with universal acclaim. 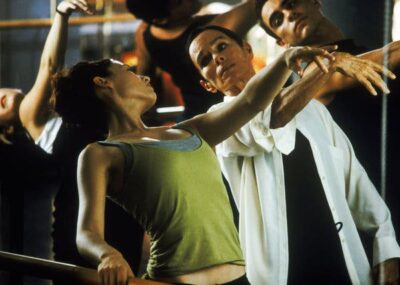 Among the plaudits, Roger Ebert extolled the “improbable melodrama…with subtly kinky bedside vigils and sensational denouements, and yet at the end, we are undeniably touched. No director since Fassbinder has been able to evoke such complex emotions with such problematic material.” Similarly, Philip French of the Guardian/Observer compared Almodóvar to past movie masters Ernest Lubitsch and Preston Sturges. The Guardian’s Peter Bradshaw also cited the film as “the most unmistakable auteur flourish in modern European cinema.” The film collected a multitude of accolades in addition to Oscar recognition, among which were Best Foreign Film prizes from the Golden Globes and National Board of Review. Almodóvar was also named Best Director of the Year by the Los Angeles Film Critics Association. 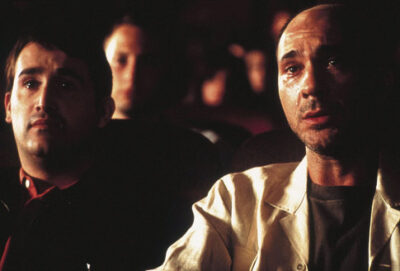