Our Anniversary Classics Abroad Series continues with LE BONHEUR, a provocative and controversial film from one of the pioneering female filmmakers of international cinema, Agnès Varda. Varda was the only woman director who was part of the French New Wave that tantalized and excited audiences during the 1960s. Her breakthrough film, Cleo from 5 to 7, was released in 1962, and she followed that with a very different but equally bracing domestic drama centering on a romantic triangle. LE BONHEUR won two awards at the Berlin Film Festival in 1965 before its American release in 1966. 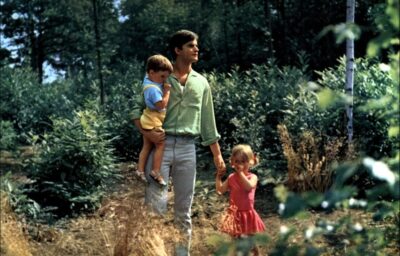 Unlike the black-and-white Cleo, LE BONHEUR is filmed in warm, bright colors that enhance the film’s themes, an apparently sunny romantic drama with dark undertones. Shot in the suburbs of Paris, the film opens with an idyllic scene showing the main character, Francois (Jean-Claude Drouot), a carpenter, celebrating a summer outing with his wife (Claire Drouot) and their two children. Sunflowers deck the screen while Mozart on the soundtrack adds to the celebratory mood. Francois seems blissfully happy with his family, but when he later meets an attractive postal worker (Marie-France Boyer), he begins a lusty affair with her, convinced that it will not jeopardize his marriage. When he finally confesses to his wife that he is in love with two women, however, everything in his placid world changes. 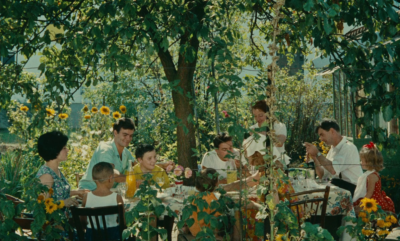 Varda had worked in documentaries as well as narrative features, and that background shows in her decision to cast Drouot’s real wife and children as his wife and children in the film. Those three people never acted in another film, but Varda felt that the fact Drouot was working with his real family members would add to the naturalism of the movie and the comfort of the players, particularly during the tender love scenes. 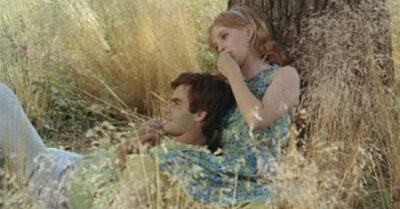 Critics praised the striking cinematography, reminiscent of French Impressionist paintings, along with the performances. The New Yorker’s Richard Brody wrote, “Varda fills her frames with riots of nature and color, like Bonnard paintings come to life and with an erotic intimacy to match.” Given the sumptuous visuals and the joyous intimacy of the love scenes, the climax of the story was startling to viewers at the time and remains deeply disturbing. In a discussion of the film sponsored by the Criterion Channel many years after the movie’s release, British film professor Jenny Chamarette called LE BONHEUR “a horror movie wrapped up in sunflowers” and added that it was “one of the most terrifying films I’ve ever seen.” To join the debate about this stimulating film, catch one of our screenings a 7 o’clock on Wednesday, August 25, at your favorite Laemmle theater. 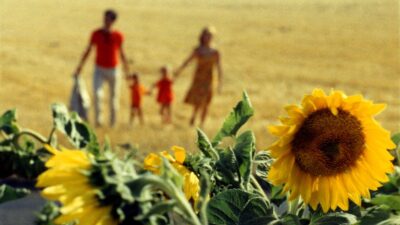 Agnès Varda went on to have a wonderful career for the next 50 years. Her later films include Lions Love, One Sings the Other Doesn’t, Vagabond, The Gleaners and I, The Beaches of Agnes, and Faces Places. She was given an honorary Academy Award for her diverse and brilliant body of work in 2017.
https://www.youtube.com/watch?v=OQpJ-2GWnOA