THE BIG SLEEP is an engrossing mystery thriller that has defied classification since its premiere in 1946. Although it is now considered a cornerstone of film noir, critics and journalists through the years have also described it as a black comedy and even a “screwball love story.” Deftly directed by Howard Hawks and written by William Faulkner, Leigh Brackett and Jules Furthman adapting Raymond Chandler’s first novel, it is the second teaming of Bogart with his wife Lauren Bacall, after the two created a screen sensation in Hawk’s To Have and Have Not in 1944. The film is noted for its convoluted plot (just try to follow it), partially because several scenes were re-written and re-shot for the second, final release in 1946. (A 1945 version was shown to U.S. troops overseas at the end of WWII.) The 1946 official release was added to the National Film Registry in 1997, and it is this version that we will present. 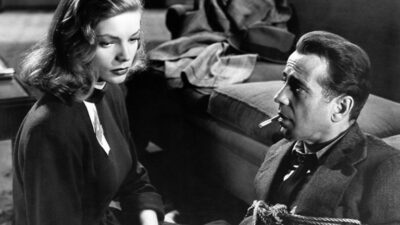 Bogart’s turn as shrewd shamus Philip Marlowe solidified his reputation, and Chandler praised him as “so much better than any other tough-guy actor.” His verbal interplay with Bacall flirted with contemporary screen censorship, as the duo wove the mystique of “Bogie and Bacall.” Critics of the day were as baffled by the plot as audiences, but as Leonard Maltin has pointed out, the movie is “so incredibly entertaining that no one has ever cared.” That high entertainment quotient stems from Hawk’s sharp direction, the biting and witty script, actors at the top of their game (Dorothy Malone, Martha Vickers, and Elisha Cook Jr. among them), atmospheric black-and-white cinematography by Sid Hickox, and a noteworthy music score by Steiner. 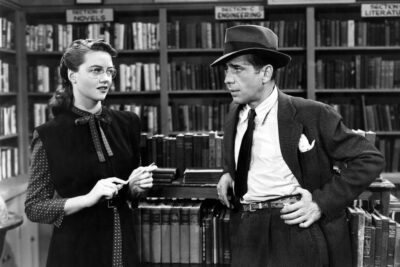 Steven C. Smith, a four-time Emmy-nominated journalist and producer of more than 200 documentaries about music and cinema, will offer a special introduction and discuss the contribution of the film’s composer, Max Steiner, to the success and enduring appeal of the film at the Royal and Playhouse screenings. His recent book, Music by Max Steiner: The Epic Life of Hollywood’s Most Influential Composer, has been acclaimed as the definitive biography of Steiner and a major contribution to film history study. The book will be available for sale and signing by the author at his two appearances. 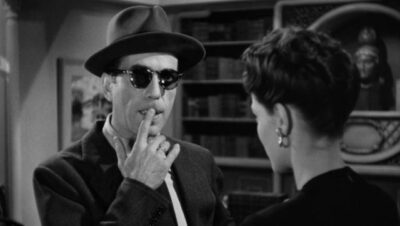 How does one obtain tickets for this event? When I access the Royal listing for tomorrow night (8/31), this event doesn’t seem to be included.

I note that the showing at the Newhall 9/2 is listed, but showings at the Royal and at the Playhouse are not listed.

Is it just a one time showing In Newhall?