In case you missed it in May, you’ll have another chance to see ABOUT ENDLESSNESS, one of the year’s sleeper greats, on the big screen July 19 at the Claremont, Newhall, Glendale, Playhouse or Royal. It’s on several lists as one of the best films released in the first half of 2021. Writing in the National Review, Armond White described the film as “a series of tableaux depicting mankind’s fragility and guilt” and “a moral, artistic tour de force.” Peter Bradshaw of the Guardian called it “a masterpiece. Utterly unique. A mesmerizing odyssey to the heart of existence.” 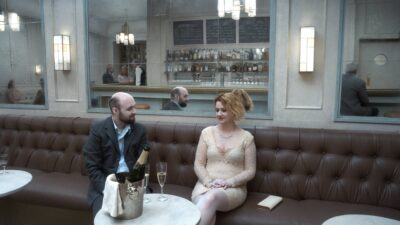 ABOUT ENDLESSNESS is a reflection on human life in all its beauty and cruelty, its splendor and banality. We wander, dreamlike, gently guided by our Scheherazade-esque narrator. Inconsequential moments take on the same significance as historical events: a couple floats over a war-torn Cologne; on the way to a birthday party, a father stops to tie his daughter’s shoelaces in the pouring rain; teenage girls dance outside a cafe; a defeated army marches to a prisoner-of-war camp. 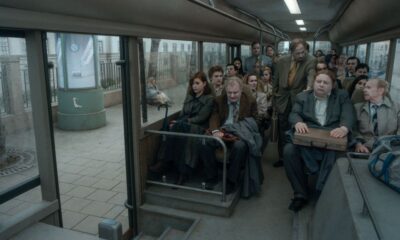 Simultaneously an ode and a lament, ABOUT ENDLESSNESS presents a kaleidoscope of all that is eternally human, an infinite story of the vulnerability of existence.

“Give Roy Andersson 76 minutes, and he’ll give you the universe.” ~ David Ehrlich, IndieWire 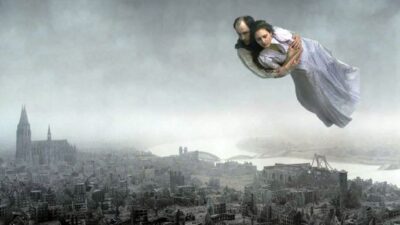