German filmmaker Christian Petzold is one of the most exciting — and perhaps underappreciated — auteurs in cinema today. Having completed his triumphant trilogy of Barbara (2012), Phoenix (2014) and Transit (2018) on the theme “Love in Times of Oppressive Systems,” his latest film Undine (pronounced oon-DEE-nuh) is a dark romance inspired by a fairy tale. Petzold boldly reimagines the ancient myth of Undine, the water nymph who becomes human when she falls in love with a man but is doomed if he is unfaithful to her. In Undine, the title character (Paula Beer, Frantz, Transit) works as a historian lecturing on Berlin’s urban development. When her lover leaves her, her namesake catches up with her. The mythical Undine has to kill the man who betrays her and return to the water. Will Undine defy fate when she meets a diver (Franz Rogowski, Transit) who offers her a chance at new love? 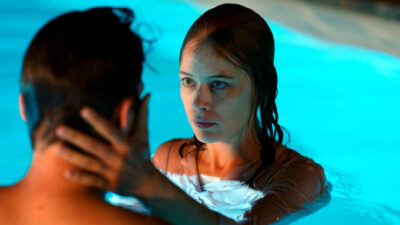 Undine was selected to compete for the Golden Bear in the competition section at the 70th Berlin International Film Festival, where Beer won the Silver Bear for Best Actress. 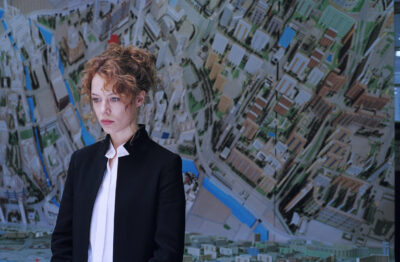 Film critics have been rapturous:

MIAMI NEW TIMES: “A tremendous romance from one of contemporary cinema’s greatest and most underrated filmmakers… Undine feels as fresh as it does familiar for the filmmaker.”

SLANT MAGAZINE: “Undine is a striking change of pace that sacrifices none of the director’s intellect or ambition.”

DEADLINE: “Paula Beers dominates… she’s one of those fortunate and skilled actors who compels attention even when quiet and doing and saying nothing.” 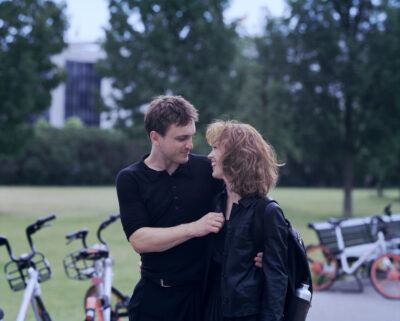 In a recent interview, Petzold conveyed how essential it is to experience movies in theaters rather than at home, something especially clear because of something particular about Undine: “Underwater sequences have to be in a cinema. A cinema is a tank for our bodies. We’re with our bodies physically, but our mind is not in the room. When I was 11 and saw 20,000 Leagues Under the Sea, it was as if the whole audience was underwater. But if you’re alone in front of a TV? I love underwater sequences because there’s no dialogue. The acoustics are based on gestures and sounds in your head. You hear things better in a cinema. It’s not good to see it on a TV with shit [speakers] from a supermarket.” 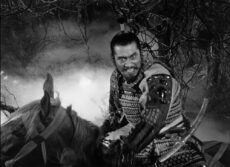 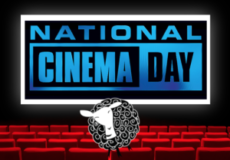 See the film that received a standing ovation at #

Based on the captivating true story of twin sister

Based on the true story of twin sisters June and Jennifer Gibbons who only communicated with one another, #TheSilentTwins is a "curious, careering, unshakeable wallop of a film." @Variety
🎟️ TICKETS: 🎟️ http://laemmle.com/film/silent-twins
@laemmlemonica @laemmlenewhall @noho7 @towncenter5

🎟️ Now is the time! 🎟️ Tickets to see #DontWorryDarling are on sale NOW! See the film at #laemmle September 23. #OliviaWilde #FlorencePugh #HarryStyles