Laemmle Theatres and the Anniversary Classics Series present a 60th anniversary screening of one of the most influential of all British films, the Oscar-winning ROOM AT THE TOP. The film was one of the five nominees for Best Picture of 1959, and also earned nominations for director Jack Clayton, actor Laurence Harvey, and supporting actress Hermione Baddeley. Surprising some of the pundits, Simone Signoret was named Best Actress of the Year, besting Hollywood favorites Audrey Hepburn, Elizabeth Taylor, and Katharine Hepburn. The film also won the Oscar for best adapted screenplay. 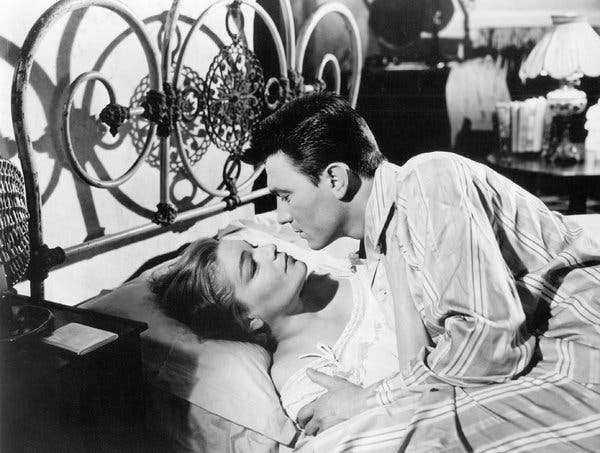 Neil Paterson adapted the acclaimed novel by John Braine that told the story of a young working-class upstart who aims to defy the British class system and rise to the top ranks of society. The novel had evoked comparisons to Theodore Dreiser’s classic novel of ambition and murder An American Tragedy, which was turned into George Stevens’ award-winning 1951 film ‘A Place in the Sun.’ In the story that Braine and Paterson told, Harvey plays Joe Lampton, who decides that the best way to the executive suite is to seduce the boss’s daughter, played by Heather Sears. Complications arise when he meets an unhappily married older woman, played by Signoret, and falls in love with her. But he is reluctant to allow romance to jeopardize his larger game plan. The cast also includes Donald Wolfit as the tycoon and Donald Houston as Joe’s friend and roommate. Esteemed cinematographer Freddie Francis (‘Sons and Lovers,’ ‘The Elephant Man,’ ‘Glory’) contributed vivid black-and-white photography.

At the time, the film was considered groundbreaking in part because of its adult language and themes. As the Los Angeles Times noted, the film was “laced with earthy dialogue and a very frank approach to sex.” It received an X rating on its initial release in England. Outstanding reviews complemented the sexual explicitness to make the movie one of the first major arthouse hits in America. As Pauline Kael wrote, “The movie helped bring American adults back into the theatres… mostly because of the superb love scenes between Harvey and Simone Signoret. She’s magnificent.” The New Republic’s Stanley Kauffmann concurred:“Miss Signoret is so heartbreakingly effective in the role that it is now inconceivable without her,” and he concluded his review by writing, “as a drama of human drives and torments told with maturity and penetration, it is a rare event among English-language films.” 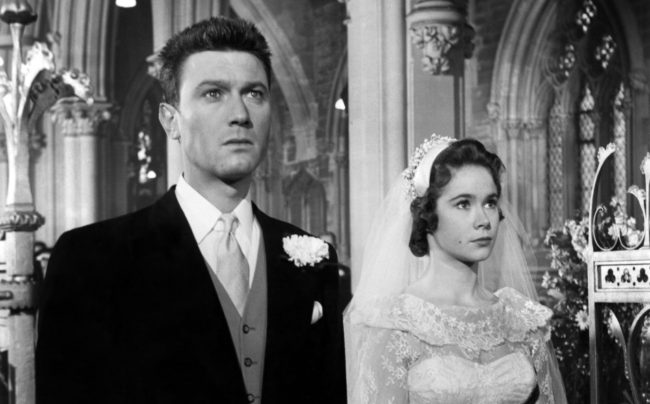 Joining film critic Stephen Farber for a discussion after the screening will be renowned cultural critic Edward Goldman, who has been the host of KCRW’s popular Art Talk program for more than 30 years. Goldman also contributes weekly art reports to the Huffington Post, and he has written for many other publications. He first discovered foreign films (including several starring Simone Signoret) while he was growing up in Russia; one of his early jobs was at the Hermitage Museum in St. Petersburg.

Our 60th anniversary screening of ROOM AT THE TOP (1959) featuring a Q&A with KCRW art critic Edward Goldman and film critic Stephen Farber screens Thursday, June 13, at 7pm at the Laemmle Royal in West LA. Click here for tickets.