To provide shivers and thrills on Friday the 13th, Laemmle Theatres and the Anniversary Classics Series present a 50th anniversary screening of one of the most terrifying movies of all time, ROSEMARY’S BABY. 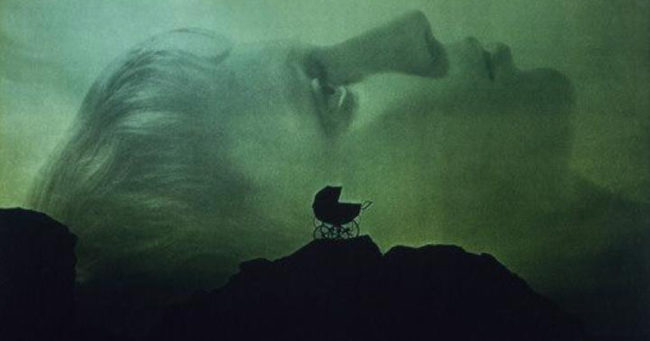 Ira Levin’s ingenious best-selling novel imagined a witches’ coven hiding in plain sight in contemporary Manhattan and hatching a plot to bring the Devil’s son to earth. Producer William Castle, the mastermind behind many successful B-horror movies, graduated to the A ranks with this classy production. Paramount’s head of production, Robert Evans, hired acclaimed European director Roman Polanski to make his Hollywood debut with the film.

The casting of the film was inspired. As the innocent woman at the center of the diabolical conspiracy, the filmmakers chose a relatively new face to movies, Mia Farrow, and she played the role with endearing vulnerability. The film’s success catapulted her to full-fledged stardom.

John Cassavetes took a break from his own independent productions to play Farrow’s conniving husband. The brilliance of the casting extended to the supporting players, a veritable Who’s Who of vintage Hollywood and Broadway actors, including Ruth Gordon, Sidney Blackmer, Maurice Evans, Ralph Bellamy, Patsy Kelly, and Elisha Cook Jr. Gordon won the Oscar for best supporting actress for her spot-on portrayal of a nosy neighbor with a sinister agenda. Polanski earned an Oscar nomination for his adapted screenplay. 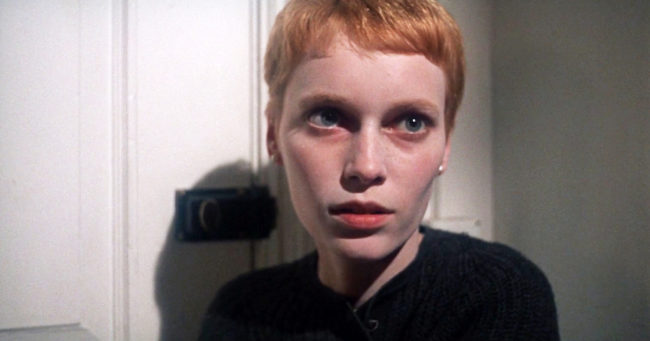 Behind-the-scenes credits were just as impressive. Six-time Oscar nominee William Fraker (Bullitt, Heaven Can Wait) was the cinematographer, while two-time Oscar winner Richard Sylbert (Who’s Afraid of Virginia Woolf, Chinatown, Dick Tracy) was the production designer. The eerie score was composed by a gifted friend of Polanski, Christopher Komeda, who died tragically at the age of 37, soon after the release of the film.

Among the stellar reviews for the film, Leonard Maltin hailed a “Classic modern-day thriller by Ira Levin, perfectly realized by writer-director Polanski.” Stephen Witty of the Newark Star-Ledger called it “one of the finest horror films ever made.” In 2014 Rosemary’s Baby was added to the National Film Registry of the Library of Congress.