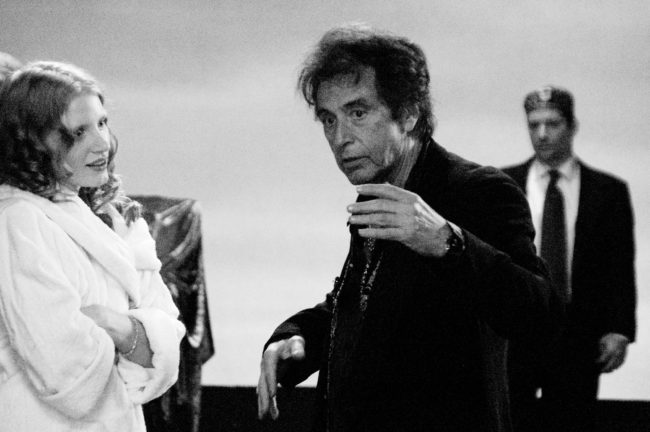 THIS EVENT IS SOLD OUT.

Al Pacino will participate in a Q&A moderated by Stephen Fry following the double bill of Pacino’s documentary WILDE SALOMÉ and his production of Oscar Wilde’s SALOMÉ on Sunday, March 25th at 4:45pm at the Ahrya Fine Arts by Laemmle in Beverly Hills. 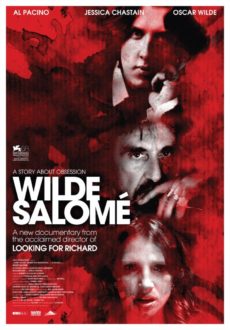 WILDE SALOME the documentary is, as Al Pacino describes it, a kind of “collage of a film”, representing the struggles and highs and lows of presenting a challenging and unique piece of writing by one of the literary geniuses of the 19th century, Oscar Wilde. Wilde Salome explores the complexities of Oscar Wilde’s acclaimed play Salome, Wilde himself and the birth of a rising star, in actress Jessica Chastain. The film offers an unprecedented behind the scenes look at Pacino’s journey.

SALOME is Oscar Wilde’s most controversial work, banned in London in the late 19th Century. This scintillating tale of lust, greed and revenge follows the legend of King Herod and his desire for his young stepdaughter, Salomé, and her sexual baiting of John the Baptist. Wilde’s adaptation has spawned multiple stage productions including an opera by Richard Strauss. “SALOME is my attempt to merge play and film. The mediums can collide and my hope is to have them unify so that you’re seeing pure theater on film. To make that hybrid effective has been my goal; to have the more naturalistic photogenic qualities of film complement the language-driven essence of theater.” (Al Pacino)

Al Pacino will introduce WILDE SALOME at 4:45pm. The documentary will be followed by a 15 minute intermission. A post-screening Q&A moderated by Stephen Fry with Al Pacino will follow SALOME. SOLD OUT.