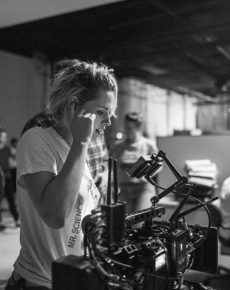 Kristen Stewart will participate in a Q&A after the 7:30pm screening of THE 2017 SUNDANCE FILM FESTIVAL SHORT FILM TOUR on Friday, August 25th at our Ahrya Fine Arts in Beverly Hills.

Her short film COME SWIM is one of seven short films featured in the program.

The 2017 Sundance Film Festival Short Film Tour is a 95-minute theatrical program of seven short films selected from this year’s Festival, widely considered the premier showcase for short films and the launch pad for many now-prominent independent filmmakers for more than 30 years. Including fiction, documentary and animation from around the world, the 2017 program offers new audiences a taste of what the Festival offers, from laugh-out-loud comedy to contemplative reflections of the world we live in.