Jackson Pollock is a giant of American painting and one of his largest and most important pieces has been restored and is now on display here in Los Angeles through June 1st. From the Getty website:

“Commissioned by art collector and dealer Peggy Guggenheim for the entry to her New York City apartment in 1943, Mural by Jackson Pollock (American, 1912–1956) is considered one of the iconic paintings of the twentieth century. Now in the collection of the University of Iowa Museum of Art, it represents a transitional moment in Pollock’s career, as he moved toward an experimental application of paint. Following extensive study and treatment at the J. Paul Getty Museum and the Getty Conservation Institute, this exhibition presents the newly conserved work alongside findings from the Getty’s research.”

This is a not-to-be-missed opportunity to see a part of our American heritage as it was meant to be seen, not on a computer monitor or the page of a book, but in person with one’s own eyes.

And if you go, consider supplementing your weekend of visual arts with one of two excellent films about fine art we are currently showing as Saturday/Sunday morning screenings– THE RAPE OF EUROPA and TIM’S VERMEER. 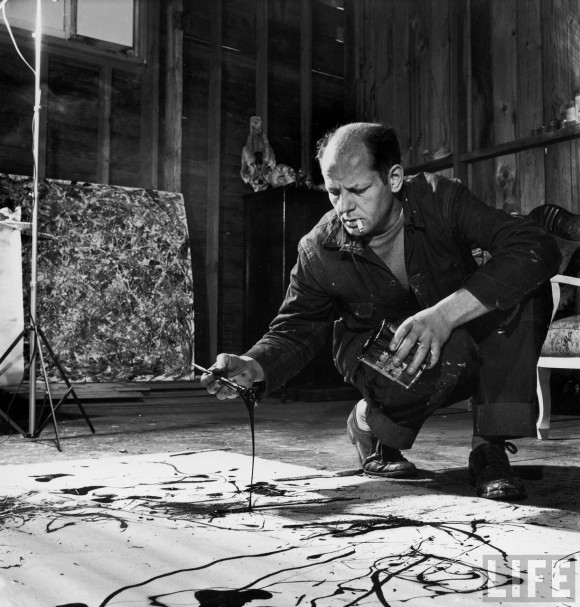