Filmed over four years of hope and crisis, To the End captures the emergence of a new generation of leaders and the movement behind the most sweeping climate change legislation in U.S. history. Award-winning director Rachel Lears (Knock Down the House) follows four exceptional young women— Rep. Alexandria Ocasio-Cortez, activist Varshini Prakash, climate policy writer Rhiana Gunn-Wright, and political strategist Alexandra Rojas— as they grapple with new challenges of leadership and power and work together to defend their generation’s right to a future.

From street protests to the halls of Congress, these bold leaders fight to shift the narrative around climate, revealing the crisis as an opportunity to build a better society. Including up-to-the-minute footage that culminates in 2022’s landmark climate bill, To the End.

We open To the End at the Town Center, Monica Film Center, Glendale and Claremont on Friday, December 9.

Director’s Statement: The idea for To the End came about in Fall 2018 during the post-production of Knock Down the House. I became galvanized to focus a new project on the climate crisis when the UN’s 2018 IPCC report revealed that the key to averting climate catastrophe is political will. The project soon coalesced around Rep. Alexandria Ocasio-Cortez and three other visionary young leaders working on the Green New Deal: Varshini Prakash, Alexandra Rojas, and Rhiana Gunn-Wright. Building upon my last two features, I think of To the End as a continuing exploration of how power works in the U.S., how historic change happens, and how people find the courage to become part of it through movements. Like my previous films, this film required a leap of faith, foresight and risk to commit to following a controversial vérité story with an uncertain outcome. 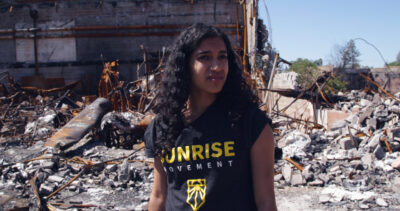 The climate crisis can be so overwhelming that it can lead to feelings of despair or cynicism, especially when we see how it intertwines with other crises including the pandemic, racial and economic inequality, and political violence. Our protagonists confront this reality head on, and find the courage to act in the face of it, drawing inspiration from social movements that have successfully sparked transformative change in the past. Their efforts lead directly to major climate policy becoming a priority of the Biden administration and the Democratic Party, and ultimately to a scaled back but still major climate bill being passed. While the film ends here, the story does not, as our protagonists vow to continue fighting for solutions that match the scale that science demands and leave no one behind. Moreover, we feel strongly that telling these women’s stories has particular historic significance because the leadership and contributions of women of color have so often been overlooked in the United States. 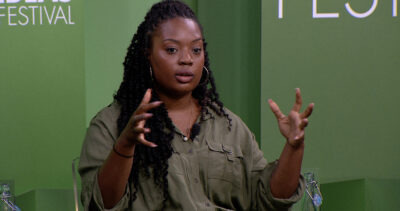 To the End is grounded in character-based, on-the-ground vérité storytelling and intimate interviews in the style of Knock Down the House, an approach I’ve been working with for over a decade. The film incorporates large-scale aerial cinematography to evoke the sheer scale of the systems that have to change to address the climate crisis. We use archival collage to explore the historical and cultural dimensions of paradigm shift, and to examine critically how the media shape worldviews and horizons of possibility. By playing with tropes of dystopian fiction in aspects of the score, lighting, color grading, and sound design, we aim to draw audiences into a cinematic world where critical issues become the backdrop for individuals to forge a path that is always at once heroic and imperfect. Throughout, we build a driving narrative and explore our characters’ vulnerability and strength in a behind-the-scenes, first-person account of history as it is made. 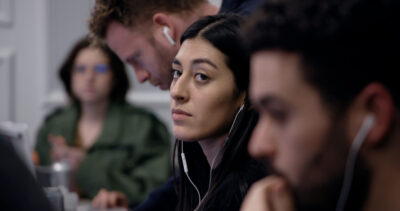 Shot in 11 states and Washington, D.C. over the course of nearly four years of interlocking global and national tumult, the production process of To the End required our committed core team to continually draw inspiration and learning from the strength, dedication and self-reflection of our remarkable protagonists. The film frames their fight for a just and sustainable future as an epic coming of age story of courageous young women confronting multiple dystopian dimensions—climate disaster itself, the corporate media, and the Kafkaesque world of D.C. politics. I want To the End to stand as a unique historical document of how the United States came to make the largest investment to fight the climate crisis ever made by any country, while also offering viewers an opportunity to emotionally process the existential anxiety of this historical moment, and imagine themselves in new roles as part of changing the future.