How to Please a Woman stars the brilliant comic actress Sally Phillips, who was killed as the Finnish prime minister Minna Häkkinen on Veep. A funny, heartwarming liberation story for women who have been afraid to ask for what they want – at home, at work and in the bedroom. Phillips plays Gina, how has lost her job and feels stuck and frustrated in a passionless marriage. She has always lived life on the sidelines – that is, until she is met with a groundbreaking business opportunity of converting a team of well-built moving guys into well-built housecleaners. 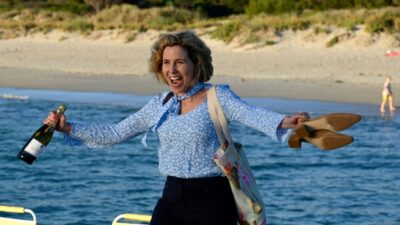 “This is a rare film that makes you feel lighter, fresher, and fully revitalized after watching it.” ~ Andrew F. Peirce, The Curb

Can’t wait for the screening Friday night and my talk about how powerful the implications can be for women of a certain age! Dr. Patti Britton