Laemmle Theatres and the Anniversary Classics Series present 35th anniversary screenings of writer-director Juzo Itami’s delectable comedy, Tampopo, which has developed a strong cult following in the years since it first captivated audiences. The basic story is simple enough. A truck driver and his friends come to the aid of a noodle shop owner’s widow and help her to refine and perfect her ramen dishes. But several quirky subplots and other tasty asides interrupt and enrich the central narrative. 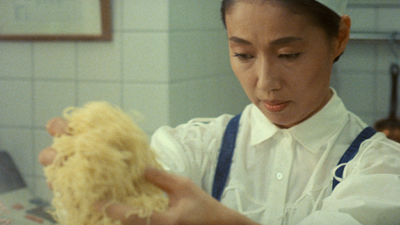 As in other classic movies about food, the noodle dishes themselves are lovingly photographed to whet the audience’s appetites. Beyond that, puckish humor and eroticism add flavor to this savory melange. As Hal Hinson declared in the Washington Post, Tampopo is “a rambunctious mixture of the bawdy and the sublime…perhaps the funniest movie about the connection between food and sex ever made.” 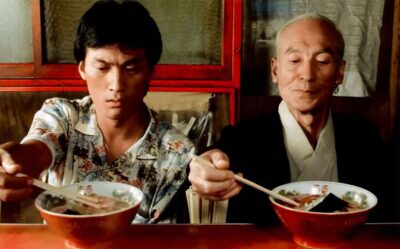 Indiewire’s David Ehrlich added, “Itami’s fiercely beloved film unfolds like a prix fixe tasting menu of strange comic delights.” Writing in Film Comment, Michael Sragow said, “Tampopo creates a culinary empire of the senses while entertaining an audience like crazy.” And the Los Angeles Times’ Justin Chang wrote, “Tampopo is above all about the romance of food, and the joyous, agonizing devotion and hard work required to tease out its manifold mysteries.” 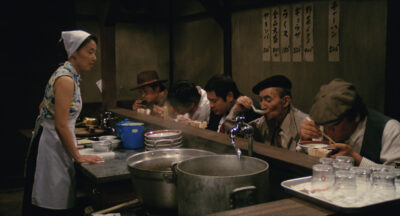 Tsutomo Yamazaki, Nobuko Miyamoto, Koji Yakusho, and Ken Watanabe star. The movie will screen on July 6 at the Royal in West L.A., Glendale, and Newhall.