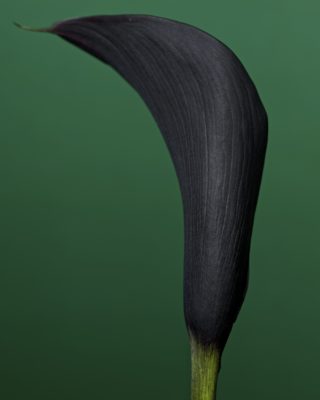 ART IN THE ARTHOUSE  proudly presents a timely and important exhibit, JEFFREY SKLAN: ELEGY in Glendale. The art is for sale and on display till June 2019. Sales benefit the Laemmle Foundation and its support of humanitarian and environmental causes in Los Angeles. Stop by our gallery –  no need to buy a movie ticket to view.

About the exhibit
A seasoned photographer, JEFFREY SKLAN understands the essence of his subjects, allowing them to reveal themselves and honoring their light. Born in Miami in 1954, Sklan is self-taught. From the moment he absconded with his father’s camera to photograph Hurricane Betsy (1965) at age 10, Sklan has been drawn to dramatic, moving incidents. Now with 45 years behind the lens, Sklan has created a significant body of work. Each image is deeply concentrated and form-driven, with his still-life and portraiture especially resonant. This powerful series entitled ELEGY is part of larger traveling exhibition. Calla lily flowers are developed into bruised, poetic, and stunningly beautiful imagery and then juxtaposed against the idea of brutal tragedy. According to the artist: “It pays homage and respect to those who have been taken from us by unjustifiable acts of violence – starting with the Pulse Nightclub/Orlando shooting in June, 2016 and ending with the local Thousand Oaks murders in late 2018.”

“The show came to life through an amazing series of synchronicities. I knew two of the victims of homicides. This project is meant to be a teaching aide, a catalyst for dialogue and civil discourse, and a call to action.”

Sklan’s recent exhibitions include a show at PhotoLA and solo exhibits at The Icon and Gabba Gallery. He is currently working on a book project called Brush Off featuring 200 artist portraits that will coincide with a solo exhibition in 2020. He works daily at his studio in downtown, Los Angeles. 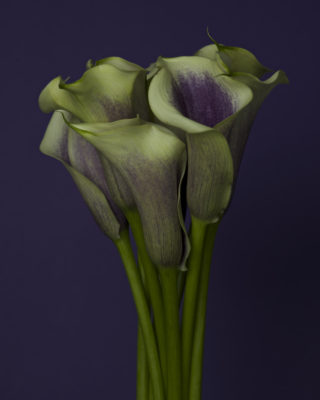 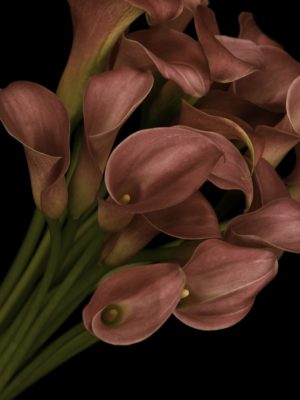 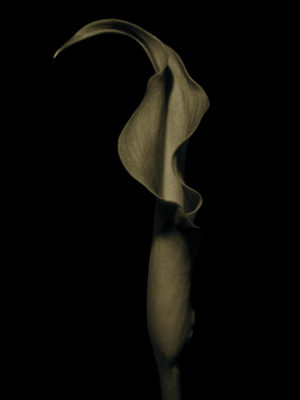 So very honored to be able to share this heartfelt work with the community. Thank you for creating this opportunity. Please feel free to reach out with your comments, particularly as to how we may find audiences for ELEGY.
Jeffrey