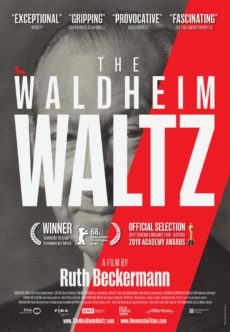 We are opening the superb, “brutally relevant” new documentary THE WALDHEIM WALTZ next Friday, November 16 at the Royal and Town Center. “A timely and engagingly personal reminder of recent European history,” the film has enjoyed wide acclaim. It’s a film about truth and lies and how a dishonest man can rise to power.

Filmmaker Ruth Beckermann documents the process of uncovering former UN Secretary General Kurt Waldheim’s wartime past. It shows the swift succession of new allegations by the World Jewish Congress during his Austrian presidential campaign, the denial by the Austrian political class, and the outbreak of anti-Semitism and nationalism, which finally led to his election in 1986. “If it sounds like a dry history lesson, think again. Thanks to her smart narration — clear, impassioned but never polemical — and the astute way she allows exceptional footage to play out to its full extent, “The Waldheim Waltz” has a sense of urgency made more pressing given political developments not just in Austria but Poland and Hungary as well.”

“What does it take to make a nation reconsider its self-image? That’s the question lying at the heart of the Austrian documentarian Ruth Beckermann’s informative and unnerving “The Waldheim Waltz.” Using mostly contemporaneous material — TV reports and news conferences, as well as documentary video footage she shot herself — the filmmaker follows the controversial 1986 presidential campaign of the Austrian politician Kurt Waldheim, whose candidacy was plunged into chaos by new revelations regarding his Nazi past.

“Waldheim had portrayed himself as an honest soldier who had been conscripted into the Wehrmacht during World War II and returned home in 1941 after getting wounded on the Eastern front. While rumors of further Nazi association had bubbled during his term as United Nations secretary general from 1972 to 1981, it wasn’t until Waldheim sought higher domestic office that more damning evidence emerged — particularly of his involvement in the 1942 massacre of Yugoslav partisans in Kozara and the 1943 deportation of Jews from Salonika, the historical name for Thessaloniki, Greece.

“The candidate claimed he was the victim of an international conspiracy — by American politicians, the World Jewish Congress and others. As unsettling footage Beckermann herself shot at the time proves, many voters not only sided with him, but went even further, openly spouting anti-Semitic vitriol.

“The director views Waldheim’s candidacy as a moment when Austria could no longer see itself as an innocent casualty of Nazi rule. The country had often presented itself, we’re told, as “Hitler’s first victim,” and people like Waldheim as honest soldiers caught on the wrong side. The truth, it seems, was a lot more complicated, and disturbing. 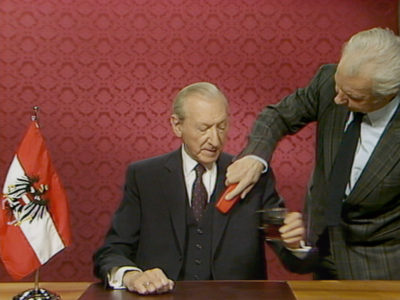 “Beckermann, who narrates, makes no claims to objectivity. She tells us at the outset that she participated in protests against Waldheim. Some of the most fascinating parts of her film show the growth and coalescing of her fellow activists, who became invested in stopping his candidacy. As such, “The Waldheim Waltz” sometimes dances between a brisk, present-tense recounting of political history and a more wandering, personal reflection on the filmmaker’s history.

“But it leans more toward the political. Beckermann wants not so much to contextualize as to invoke — with the hope, perhaps, that placing us in the middle of this debate will create its own context. Indeed, watching Waldheim’s campaign, it’s hard not to think about the present day — from the emergence of old hatreds, to the closure of elite ranks around their own, to the weaponizing of nationalism against the truth. The film may end in 1986, but the darkness it reveals still looms.” 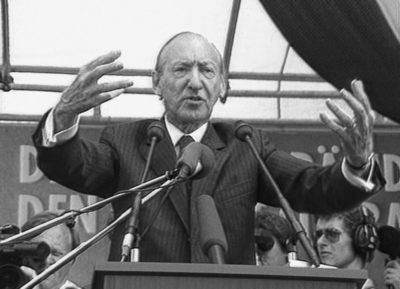 Director Ruth Beckermann made the film because she sees history repeating itself. “When I looked at the material I shot 30 years ago, I was shocked. Had I really forgotten how easily emotions can be stirred up against others and used by populist politicians? In THE WALDHEIM WALTZ I attempt to analyse what was going on back then, things which seem all too familiar in our present day of Trump, Kurz & Strache and other masters of alternative facts and populism.”