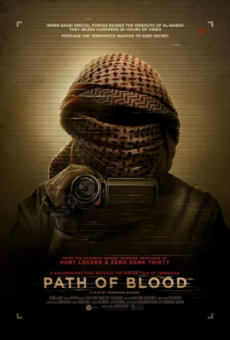 Q&A with PATH OF BLOOD Executive Producer Mark Boal after the 7:30PM show on Saturday, July 21 at the Music Hall in Beverly Hills. Boal is the Academy Award-Winning Writer and Producer of The Hurt Locker and Zero Dark Thirty.

Directed by acclaimed filmmaker Jonathan Hacker and based on his book of the same title, PATH OF BLOOD depicts Islamist terrorism as it has never been seen before. Drawn from a hoard of jihadi home-movie footage that was captured by Saudi security services, this is the story of Muslim terrorists targeting Muslim civilians and brought to justice by Muslim security agents.