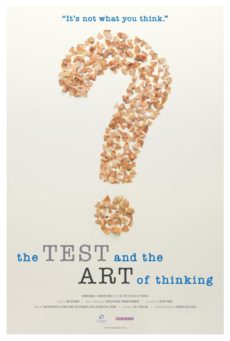 THE TEST AND THE ART OF THINKING director-producer Michael Arlen Davis will participate in Q&A’s at the Music Hall after the 7:30 PM screening on Friday, May 4. Mr. Davis is a vice president of Canobie Films, a small independent documentary film company. He was an assistant on its production of ‘Martha and Ethel’ (1994, Sony Picture Classics), and a producer on its production of ‘Hats Off’ (2008, Abramorama).