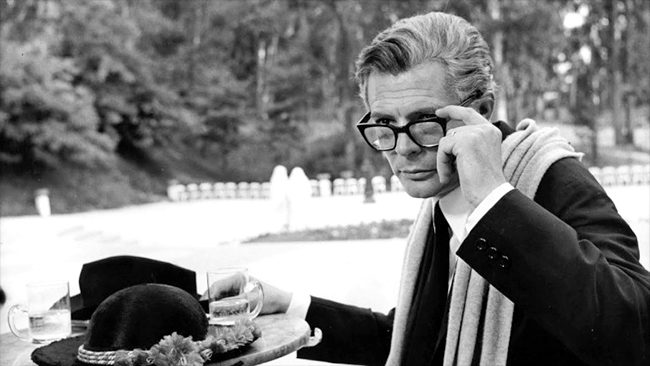 Fellini had already won two Oscars in the 1950s, and in 1963, 8 ½ scored the most Oscar nominations of any foreign film up to that time, with a total of five, including Best Director and Best Original Screenplay (by Fellini, Ennio Flaiano, Tullio Pinelli and Brunello Rondi). It won the Academy Award for Best Foreign Language Film, and Piero Gherardi won for his stunning black-and-white costume design.

Marcello Mastroianni, who had starred in Fellini’s international smash, La Dolce Vita, three years earlier, plays Guido Anselmi, a film director struggling to complete his newest film while also juggling a wife, a mistress, and several other women as he meditates on sexuality, religion, and mortality. 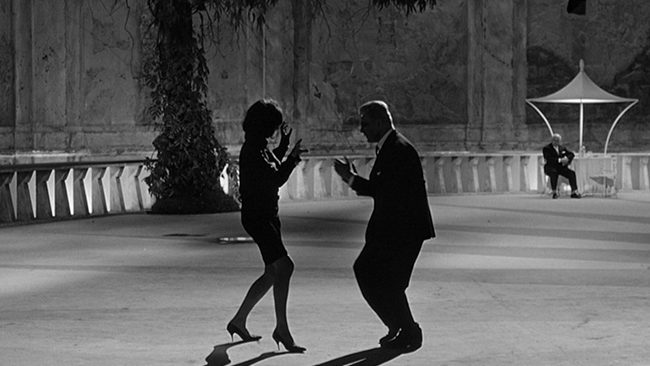 The New Republic’s Stanley Kauffmann wrote, “In terms of execution I cannot remember a more brilliant film… We see a wizard at the height of his wizardry.”

Writing in Esquire, Dwight Macdonald called 8 ½ “the most brilliant, varied, and entertaining movie since Citizen Kane.”

8 ½ had a major influence on directors all over the world, including Mike Nichols, Paul Mazursky, Woody Allen, Francois Truffaut, and recent Oscar winner Paolo Sorrentino.