An offer you can’t refuse …

The Glendale International Film Festival kicks off its 4th Annual Film Festival with an opening night gala and red carpet screening of the fully remastered THE GODFATHER, celebrating the film’s 45th Anniversary and the 92nd Birthday Season for the Alex Theatre.

For a limited time, tickets for the entire evening are only $15.00 with the promo code: GODFATHER

Tickets may be ordered through the Alex Theatre’s website.

Promotion only valid through September 15th. 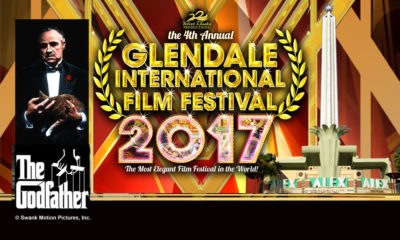 NYT Critic's Pick BORN TO BE offers a "moving and