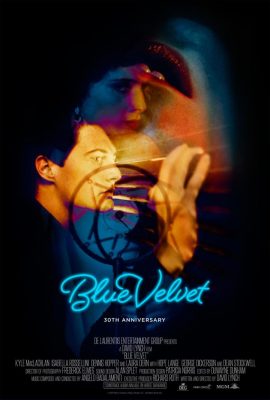 There’s something going on behind the white picket fences of Lumberton, North Carolina. And after stumbling upon a severed human ear in a field, mystery loving college student Jeffrey Beaumont (Kyle MacLachlan) is determined to find out what. Teaming up with the daughter (Laura Dern) of a local police detective, Jeffrey’s investigation leads him into a strange world of sensuality and violence, with the intrigue of the missing ear seemingly stemming from the relationship between a troubled nightclub singer (Isabella Rossellini) and a sociopathic sadomasochist (Dennis Hopper).

See BLUE VELVET on the big screen June 1st at the Claremont, Playhouse, NoHo or Monica Film Center to celebrate the 30th anniversary of David Lynch’s masterpiece of a sleepy small-town caught in the grips of the American nightmare.

“Still enraptures and confounds. Three decades after its initial release, David Lynch’s BLUE VELVET has lost none of its power to derange, terrify, and exhilarate.” – Melissa Anderson, Village Voice 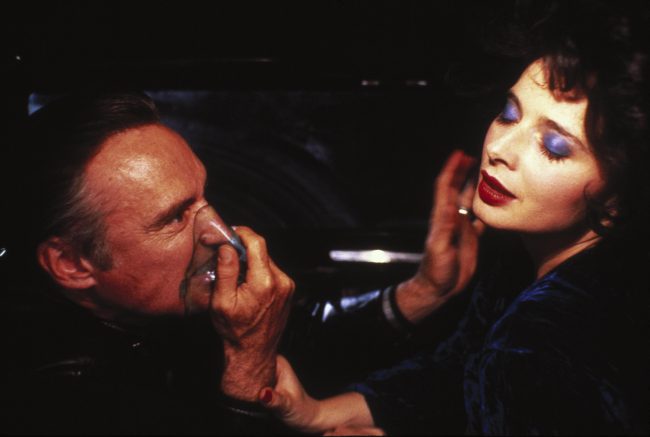