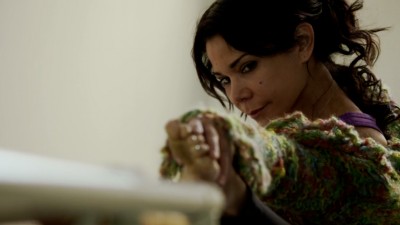 The engaging, richly textured drama FALL TO RISE follows a renowned principal dancer whose injury forces her out of her company and uncomfortably into the role of motherhood. She realizes that her identity depends on dance and struggles to return with the help of another former company dancer. With its star turns by Martha Graham Principal Dancer Katherine Crockett (featured in The Curious Case of Benjamin Button) and the acclaimed actress Daphne Rubin-Vega, this is a timeless tale with a distinctly New York flavor, revealing the conflict between art and life, between marriage and independence.

“FALL TO RISE is a heart filling drama about the outstanding dedication of dancers to their art. Director Jayce Bartok beautifully captured the emotional difficulties of dancers coming to terms with age and identity.” – Robert Redford

“These universal themes and ideas are what makes the film successful on a base level, but the performances are what elevate it. Rubin-Vega’s Sheila is of particular note, as she shows an impressive range throughout.” 3 1/2 STARS – FILM THREAT