Prolific, pioneering documentary filmmaker Albert Maysles passed away last month. With his late brother David he made such acclaimed films as Grey Gardens and Gimme Shelter. He described himself this way: “As a documentarian I happily place my fate and faith in reality. It is my caretaker, the provider of subjects, themes, experiences – all endowed with the power of truth and the romance of discovery. And the closer I adhere to reality the more honest and authentic my tales. After all, the knowledge of the real world is exactly what we need to better understand and therefore possibly to love one another. It’s my way of making the world a better place.” 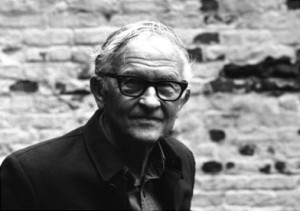 We are proud to open Mr. Mayles penultimate film IRIS on May 1st at the Royal and Playhouse 7 and May 8th at the Town Center 5 and Claremont 5. The film is a portrait of Iris Apfel, the quick-witted, flamboyantly dressed 93-year-old style maven who has had an out-sized presence on the New York fashion scene for decades. More than a fashion film, the documentary is a story about creativity and how, even at Iris’ advanced age, a soaring free spirit continues to inspire. IRIS portrays a singular woman whose enthusiasm for fashion, art and people are life’s sustenance and reminds us that dressing, and indeed life, is nothing but an experiment. Despite the abundance of glamour in her current life, she continues to embrace the values and work ethic established during a middle-class Queens upbringing during the Great Depression. “I feel lucky to be working. If you’re lucky enough to do something you love, everything else follows.”