Next week we’ll be opening the winning new British bio-pic ONE CHANCE. From the director of The Devil Wears Prada, the movie’s the marvelous true story of Paul Potts, a shy, bullied shop assistant by day and an amateur opera singer by night. Paul became an instant YouTube phenomenon after being chosen by Simon Cowell for ‘Britain’s Got Talent.’ Wowing audiences worldwide with his phenomenal voice, Paul went on to win the show and the hearts of millions. Writing in the L.A. Times, Annlee Ellingson called it “a sweet, funny, heartfelt film, and while we may know all along how it all turns out, Paul’s signature performance still gives us chills.” It was a Golden Globe nominee for Best Original Song and we are very pleased to show the film at our Music Hall, Playhouse and Town Center 5 theaters. 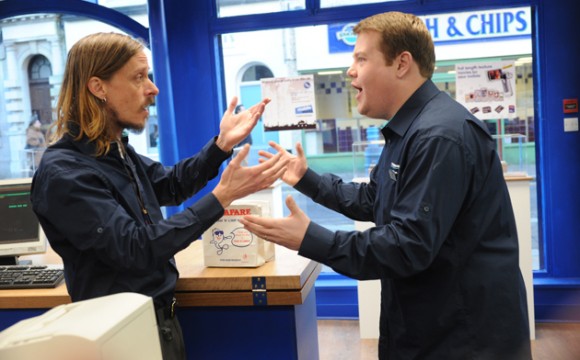