We’ve been crazy for actress Emmanuelle Devos since 2001’s READ MY LIPS so we always look forward to her films. We open her latest, VIOLETTE, this weekend at the Royal, Playhouse and Town Center. Here follows an interview with the writer-director of that film, Martin Provost:

What was your first encounter with Violette Leduc?

René de Ceccatty, whom I met in 2007, introduced me to her while I was writing Séraphine. René said, “You’re making a movie about Séraphine, but have you heard of Violette Leduc?” I only knew her by name; I’d never read any of her work. He gave me an unpublished text that Violette had written about Séraphine, and which Les Temps Modernes had rejected. It was astonishingly perspicacious and beautiful. René also gave me the biography he’d written about Violette. After reading it, I devoured La Bâtarde, Trésors à prendre and so on. I told René, “We have to make a film about Violette.” The idea of the diptych was born. To my mind, Séraphine and Violette are sisters. Their stories are so similar, it’s unnerving. 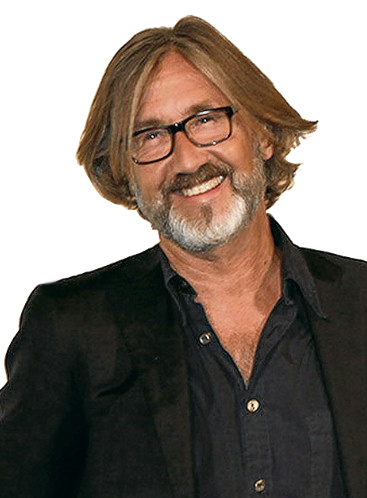 In your film, you lay Violette bare in an intimately truthful portrait that liberates her of all the scandalous clichés associated with her reputation as a writer.

The more I discovered about her, the more I was deeply moved by what was hidden deep within her, the fragility and hurt, whereas the scandalous, flamboyant public figure—after she achieved celebrity in the 1960s—interested me much less; it was merely a façade. I wanted to get close to the real Violette, who is in pursuit of love and withdraws into great solitude to write. Life wasn’t kind to her. People said she was difficult. That wasn’t enough for me. I saw her as very insecure, fighting a lonely battle with herself, but still seeking. For me, that insecurity and solitude are what drove her. People rarely consider the risk every artist takes, whether they be a painter, writer or director. More often, they only see the achievement, and success if it comes. It takes a good deal of recklessness, as well as courage and perseverance, to set out on that road, and to keep going. Over time, you realize that solitude is extremely fertile, a crucial ally, just like silence, reflecting the inner being, which constantly grows and develops, but it can take a lifetime to comprehend that.

How did you get the idea to divide the film into chapters, as if reading a book?

Gradually. I realized that the succession of people Violette met in the course of her life corresponded either to particular books she wrote or to fundamental phases in her development. In editing, it really stood out, until there were only the people who really mattered, along with the penultimate chapter, dedicated to Faucon, the village in Provence where she lived in later life and died.

Personalities, the place where she bought her house, the book that brought her success… The film follows the trajectory of an authentic heroine toward her emancipation.

Yes, I wanted to make Violette a heroine, and I wanted all the protagonists of her story, of whom she would also have to free herself, to appear in the film. In order to grow, it is vital to be able to free yourself of everything that helped make you what you are. Reliant first of all on her mother, then on Simone de Beauvoir, Violette eventually secured her independence by writing La Bâtarde. By freeing herself of them subconsciously, she found her place. That’s why the chapter on Berthe, Violette’s mother, comes so late in the movie: when the conflict reaches its peak and can find a resolution.

You point out Berthe’s inadequacies, but also her desire to take care of her daughter.

Berthe is as central to the movie as she was to the life of Violette, who loved her as deeply as she resented her for bringing her into the world. Berthe wasn’t a bad woman. She was certainly not a good mother (Violette’s birth was not registered until she was two years old), although I am very dubious about the concept of good and bad mothers. It doesn’t really mean anything. Berthe did the best she could, and I didn’t want to condemn her, as Violette does. On the contrary, I wanted to show that Violette only sees part of her mother—the part with which she has scores to settle. The same goes for Maurice Sachs, an obscure personage who deserts Violette even though it was he who urged her to write. He plays his part in the inner construction of the writer she is to become. Nothing is ever black or white; there are shades of grey and nuances. I always come back to that—giving each character his or her chance, a fair crack. That’s how you find your place.

After the war, Violette Leduc meets a symbolic mother, Simone de Beauvoir, who takes on a role of mentor and patron.

That was the strongest bond in Violette’s whole life, above all the tumultuous and complex love affairs she had. The film’s second chapter recounts their meeting in Paris. At a friend of Maurice’s, to whom she is delivering black market meat, Violette picks up Simone de Beauvoir’s novel, She Came To Stay. She is immediately struck by the size of the book. “A woman writing such a big book,” she says. She reads it. She is gripped. She becomes obsessed with meeting and giving to Simone de Beauvoir her first manuscript, In the Prison of her Skin. Violette finds and observes Simone at the Café de Flore, where she writes every morning. She follows her. She corners her eventually and gives Simone her book. It’s the start of a lifelong relationship.

How do you interpret her relationship with Simone de Beauvoir in the film? Beauvoir seems to admire Violette’s impassioned behavior, and be irritated by it in equal measure. Simone is the only friend she keeps her whole life long; she corrects Violette’s texts, guides her and advises her. Violette even bequeaths her literary rights to Simone.

Simone de Beauvoir was fascinated by Violette, who rejected being an intellectual. She said, “I write with my senses.” For Simone, it was an ambiguous relationship that blurred the lines. Violette was in love with Simone, who did not reciprocate but saw in Violette the inspired writer that she never was. She kept her at a distance without ever letting her go. Violette was a terror. You slammed the door in her face and she slipped back in the window. Emmanuelle Devos, who plays her in the movie, came up with a very amusing and fitting term to describe her: “a pain in the heart.” Violette was a calamity for herself as much as for others: she suffered terribly and she provoked a lot of grief, too. She was convinced she was ugly and, confronted with Simone de Beauvoir, her ugliness became an obsession. Simone, however, managed to dodge every trap Violette set for her, in order to give her support and help her forge her oeuvre. Without Simone, I think Violette would have self-destructed.

Your Simone de Beauvoir is unexpectedly fragile and solitary, too.

It’s the less well-known side of Simone, alone, at a time when Sartre was dallying elsewhere. She wasn’t fulfilled until much later, after she met Nelson Algren. This fragile Simone also came to me thanks to one of her books that I rate above the others, A Very Easy Death, which is remorseless, tender and lucid all at the same time. It exudes all her emotion, of which she was so eminently capable, and humanity. I wanted to bring to life this intimate, little-known Simone, the woman who suddenly confides in Violette and breaks down in tears in front of the person who has sobbed on her shoulder all her life.

How did you cast the actresses who play these two roles?

I met with Emmanuelle Devos before I wrote the script, as I did with Yolande Moreau before Séraphine. I knew it was her and nobody else. I wanted to be sure she’d accept the physical transformation, becoming blonde with an ugly false nose. For Simone de Beauvoir, it was more complicated. Playing somebody who is so well known is scary. Emmanuelle encouraged me to meet Sandrine Kiberlain. I couldn’t picture her in the role but, when we met, I was struck by her grace, intelligence and, above all, determination. She was sure she could do it.

What other relationships fundamental to Violette’s life and work did you choose to show?

There’s Jean Genet, played by Jacques Bonnaffé. Genet loves Violette, who is illegitimate like him. They feel like brother and sister—shunned, two extraordinary writers, poets of their time and wrongdoers. Genet dedicated The Maids to Violette. Then, there was Jacques Guérin (Olivier Gourmet), a collector of manuscripts and owner of the perfume company, Les Parfums d’Orsay. He was rich but illegitimate also, homosexual, and Violette fell in love with him, of course, and doggedly pursued him to no avail. To my mind, Jacques is the ghost of the father who refused to recognize her as his daughter. Jacques was an aesthete, who had saved Proust’s manuscripts and went on to buy Violette’s and Genet’s.

Violette’s writing is striking for its physicality and sexualized language, which was revolutionary for a female author in the 1950s. People said she wrote like a man.

Yes. Writing was organic for Violette. That is very rare. She caught a lot of flak because she had the courage to say things nobody dared to mention. In her own words. She was the first woman to recount her abortion, and Ravages was censored. The unabridged version has never been republished, which is aberrant. The censorship resulted in Violette being interned. She nearly lost her mind.

Passion and love are like a cry that drives her writing but, at the same time, she said, “I am a desert speaking in monologues.”

Passion, yes. Frustration, definitely. There were different ways of tackling Violette Leduc. You could choose the scandalous woman angle, because she truly provoked scandals, was very outspoken, had a wonderful sense of humor and strong personality, and loved provocation and unseemly romances, but when you read her whole oeuvre, you realize that was all a pretext. She was looking for something else. She transformed her doomed or impossible romantic adventures into novels. And she was always alone.

How did you choose the music?

Violette needed a score as powerful and possessed as Michael Galasso’s compositions for Séraphine, but Michael had passed away between the two films. I was lost. So I looked and I found. Arvo Pärt was the obvious choice. I had Fratres playing in my mind, and as soon as we tried it with the film, it fell into place.

Is your film, like Violette’s novels, the “appropriation of a destiny,” to borrow Simone de Beauvoir’s expression?

How can you change a bad hand? How can you make something of misfortune? The film opens in 1942 in the first flickering of dawn amid the darkness of a harsh, brutal winter. It concludes in the south of France as the sun sets, with Violette at the height of her fame after the publication of La Bâtarde in 1964, prefaced by Simone de Beauvoir. It’s a road toward the light.