Laemmle Theatres is pleased to present Mathieu Amalric’s deeply emotional drama Hold Me Tight, a selection of the Cannes International Film Festival, nominated for Best Actress and Best Adapted Screenplay César Awards. We open Hold Me Tight opens Friday, September 23 at the Laemmle Royal. With 1.05 million Americans dead from COVID in the past two-and-a-half years, art about grief is crucial right now, and this film explores the subject brilliantly. 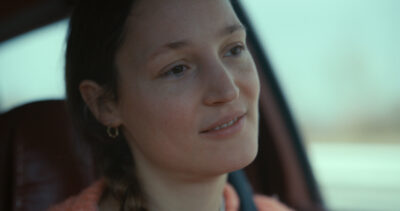 Adapted from a stage play by Claudine Galéa, Hold Me Tight stars Vicky Krieps as Clarisse, a mother coping with great emotional upheaval, and Arieh Worthalter (Girl) as Marc, the husband she leaves behind. Krieps gives a riveting performance as a woman on the run from her family for reasons that aren’t immediately clear. Amalric’s sophisticated narrative alternates between scenes of Clarisse’s road trip and of Marc as he cares for their two children, Paul and Lucie, a pianist prodigy. While giving clues along the way, Amalric keeps viewers uncertain as to the reality of what they’re seeing until the film’s final moments. 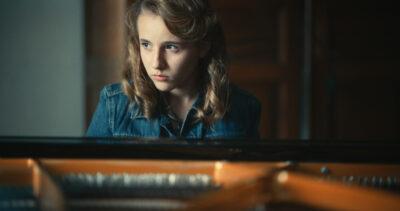 With a dual career as an acclaimed actor (The Diving Bell and the Butterfly, My Sex Life…or How I Got into an Argument, The Grand Budapest Hotel) and a writer-director (Barbara, The Blue Room, On Tour), Amalric’s sixth directorial outing is a daring, poignant and unpredictable story about love, absence, grief, and memory. Luxembourg-born actress Vicky Krieps came to international attention with her performance opposite Daniel Day-Lewis in Paul Thomas Anderson’s Phantom Thread and has since starred in Bergman Island by Mia Hansen-Love and Old by M. Night Shyamalan. 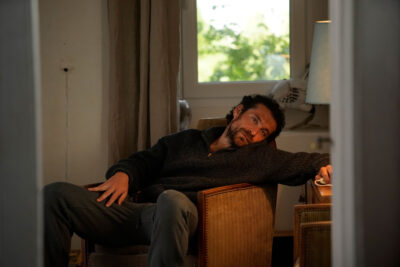 “One of the best films of the year…a powerful piece of work with poetic direction and incredible work from Krieps, an actress who increasingly feels like she’s never going to miss.” ~ Brian Tallerico, RogerEbert.com 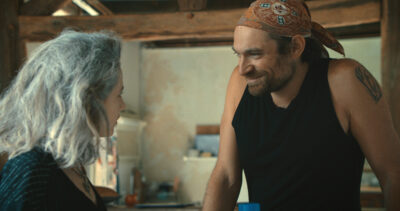 “A touching, sensory-driven new chapter to the cinema of escape and loss…with Amalric’s alert, empathetic stewardship and Krieps’ gripping portrayal, [Hold Me Tight] sets aside the banality of grief’s burden for something more alive and elusive, but no less affecting.” ~ Robert Abele, The Wrap