Laemmle Theatres and the Anniversary Classics Series present the latest installment of the popular Anniversary Classics Abroad series, the 30th anniversary of the U.S. release of the international cult classic, DELICATESSEN. The surrealist black comedy about the inhabitants of a post-Apocalypse French city was the collaboration of tyro feature filmmakers Marc Caro and Jean-Pierre Jeunet, who co-directed and co-wrote, with a writing assist by Gilles Adrien. 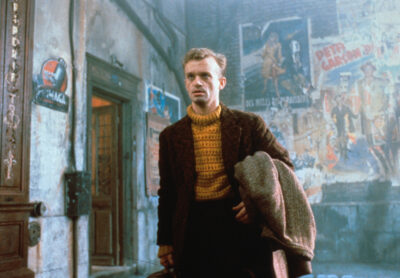 The story centers on three characters, the owner of an apartment building with a ground floor delicatessen (Jean-Claude Dreyfus); his daughter (Marie-Laure Dougnac); and a former clown hired to be the dilapidated building’s maintenance man (Dominique Pinon). They inhabit a world in which food is scarce and lentils are used as currency. The landlord/butcher lures job seekers, murders them, and then prepares “delicacies” to sell to his odd tenants. His daughter falls in love with the latest victim and tries to foil her father’s scheme with the aid of the “lentil-men,” underground rebels. 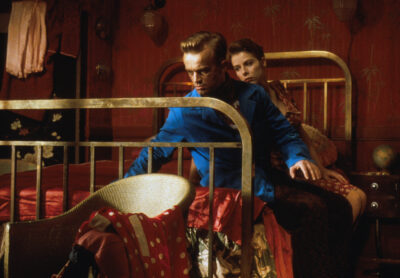 The film’s hybrid mix of genres had critics and audiences somewhat bewildered and equally delighted amidst generally favorable reviews. Critic Emmanuel Levy provided appropriate praise: “Part macabre humor, part romantic drama, part childlike fable, this ingeniously original French farce defies categorization, but is successful on all these levels.” Janet Maslin of the New York Times cited its “fun-house atmosphere,” calling it “weirdly hilarious” and “lightweight but a sometimes subversively stylish farce.” Stephen Rea of the Philadelphia Inquirer found it “indescribably wild,” and Michael Wilmington in the Los Angeles Times noted “the whole movie has been conceived in grandiose, garishly witty comic book images,” along with the advisory, “out-shocks and outplays the American horror comedies at their own game…a nasty, childlike, murderously funny show.” 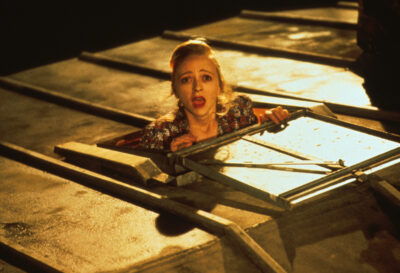 Jeunet handled directing the actors, while Caro was responsible for design and effects, and the two would tap into their fervid imaginations again for THE CITY OF LOST CHILDREN, another provocative fantasy, in 1995. Their talents were recognized by Hollywood when they were hired as the director (Jeunet) and design supervisor (Caro) for ALIEN: RESURRECTION in 1997. Jeunet went onto international acclaim for the more conventional romantic comedy AMELIE (2001), nominated for five Academy Awards, including best foreign language film and a screenplay nod for Jeunet. But all this success started with DELICATESSEN, which will be presented for one night only Wednesday, August 31 at 7:00 pm at three Laemmle locations: Glendale, Newhall, and the Royal in West Los Angeles. 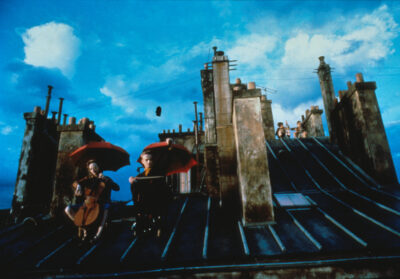