Living Wine follows the journeys of natural winemakers in Northern California, during the largest wildfire season on record. Equal parts farmer, winemaker, and artist, they stay true to their ideals of creating exceptional wines made through innovative sustainable and regenerative farming and without chemical additives. Eschewing the industrial agricultural practices of the corporate wine industry – our winemakers are healing the very environment they are surviving, i.e., a changing climate marked by rising temperatures, shorter growing seasons, and more frequent and virulent wildfires. 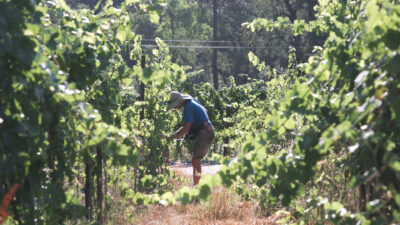 We delve into farming techniques, philosophies, and spirituality: Darek has developed a unique form of compost which eliminates the need for irrigation and commercial fertilizers, while capturing carbon and increasing crop output. Megan farms and makes wine from lesser-known materials not pushed by the corporate industrial wine complex, and we see Gideon teach and make wine with a group of interns, as he is devoted to passing his knowledge and craft onto the next generation. All three find spiritual meaning through their work – through farming the land and making a product with a greater purpose. 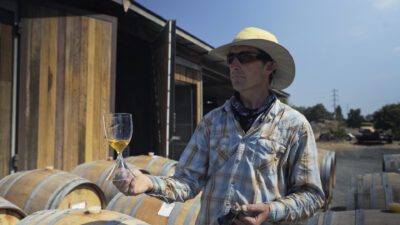 As summer and harvest arrives, conditions take a dangerous turn. Following a damaging heatwave, fire erupts throughout Northern California, the result of record high temperatures and unending drought. All of our winemakers are forced to harvest early under difficult conditions. As they pick grapes from sunrise to sunset, and throughout the night to avoid smoke taint and remove grapes before they “raisin” too early, we feel their exhaustion and determination. After harvesting, they stomp, taste, press, and taste again, and we witness both the joy and heartbreak of making wine the all-natural way. 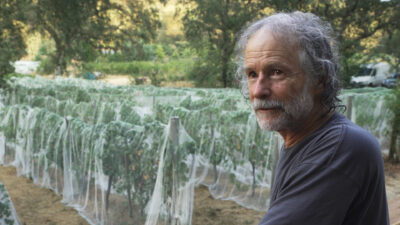 Living Wine is virtual only starting Friday, but we’ll also screen it at the Monica Film Center July 22-28 with the filmmaker in person for Q&As on the 23rd and 24th. 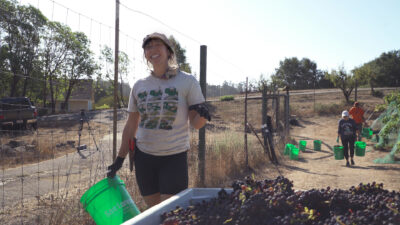 “When the polarizing subject of natural wine arises, the discussion generally spirals to the stereotypes: flawed and funky wines, hippie producers and the debate over definitions. But a new documentary film, Living Wine, hopes to change that trite discussion. 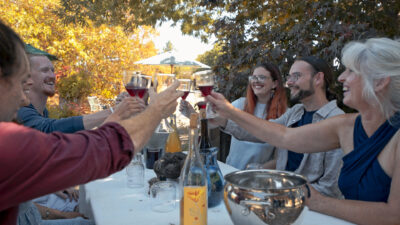 “The film, which opens in selected theaters July 15, focuses on a small group of natural wine producers in California. It examines, with far more nuance than is typical, the myriad reasons they choose to work in natural wine, along with the many rationales for consumers to drink it.

“In this context, natural wine is presented neither as a trend nor a generational emblem. Involvement is a conscious choice. Though their reasons may overlap, each of the producers in the film has a different point of emphasis.

“Gideon Beinstock and Saron Rice of Clos Saron in the Sierra Foothills make wine without additives because they believe that method makes the best wines and offers the best expression of their vineyard.

“’The fact that we don’t add anything is not because it’s natural,’ Mr. Beinstock said. ‘It’s because, why would I add anything? It will not improve the wine.’”