Laemmle Theatres and the Anniversary Classics Series present a special Camp Classic, the infamous and often hilarious MOMMIE DEAREST. Four years ago we introduced our first-ever Camp Classic screening with a 50th anniversary showing of the (unintended) laugh riot Valley of the Dolls, which was an enormous success. It’s time to do it again! For your holiday enjoyment, we will hold a 40th anniversary screening of the lurid Joan Crawford biopic, MOMMIE DEAREST, starring Oscar winner Faye Dunaway, in one of her most extravagant performances, as Crawford.

The film was adapted from the best-selling memoir by Crawford’s adopted daughter, Christina Crawford, who recounted her abuse at the hands of Joan over a period of years. The book helped to introduce readers to some of the realities of domestic abuse and also pulled the veil off the airbrushed image of many beloved Hollywood stars. Although some of Crawford’s friends and other family members disputed the account in Christina’s book, it took hold of the popular imagination. 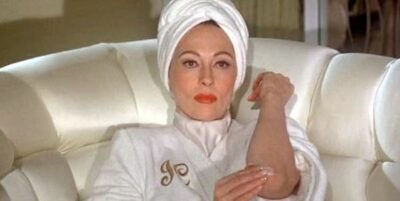 For the film version, director Frank Perry (David and Lisa, Diary of a Mad Housewife) teamed up with producer Frank Yablans and Paramount Pictures. The screenplay is credited to Perry, Yablans, Tracy Hotchner, and Robert Getchell. Mara Hobel played Christina as a child, with Diana Scarwid taking over the role of the adult Christina. The cast also included Steve Forrest, Jocelyn Brando, Rutanya Alda, and Howard Da Silva as MGM chieftain Louis B. Mayer. 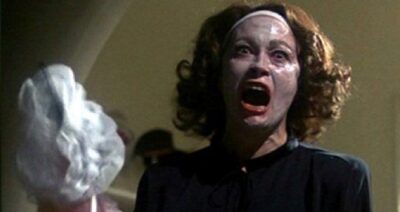 The film earned mainly terrible reviews. It won a Razzie Award as the worst movie of the year, and in 1990, it was named worst movie of the decade. Nevertheless, the film did have some critical champions. Pauline Kael wrote, “The best that can be said about this jumbled scrapbook of Joan Crawford’s life… is that it doesn’t get in the way of its star, Faye Dunaway, who gives a startling, ferocious performance… Her performance is extravagant—it’s operatic and full of primal anger.” Leonard Maltin concurred and called the film a “Vivid, well-crafted filmization of Christina Crawford’s book about growing up the adopted and abused daughter of movie queen Joan Crawford.” On the other hand, the Los Angeles Times’ Kevin Thomas wrote that MOMMIE DEAREST “plays like a limp parody of a bad Crawford movie.” 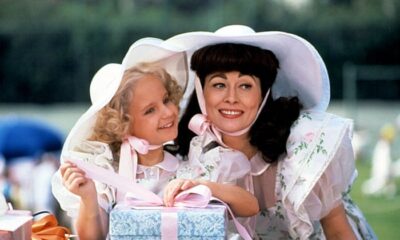 Make up your own minds as you join other Camp movie lovers for this one-night-only screening on Tuesday, December 28, at 7 PM at Laemmle’s Royal Theatre. Special guests and other surprises may add to the fun.