The film, adapted from the 1920 novel by D.H. Lawrence, was nominated for four Oscars, including Best Director for Ken Russell, Best Adapted Screenplay for Larry Kramer, and Best Cinematography for Billy Williams. Jackson won the first of her two Best Actress Oscars for her performance as a “sexually curious, perversely independent, and emasculating heroine” in the British period drama. 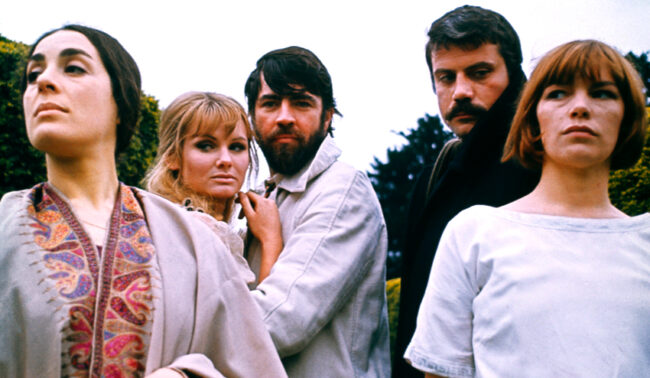 In post-World War I industrial Midlands, England, Glenda Jackson and Jennie Linden are sisters who are courted by the son (Oliver Reed) of a coal mine owner and a school inspector (Alan Bates), respectively. The two couples (Reed and Jackson; Bates and Linden) embark on exploratory love affairs that reveal the sexual politics of the era. Lawrence’s story celebrates women as “strong, independent and complex,” and the film heightens that dynamic as the nonconformist female characters take center stage. Jackson would go onto four additional Oscar nominations and a second Best Actress win (A Touch of Class, 1973) before becoming a member of Parliament in the 1990s; she returned triumphantly to acting at the age of 80 in 2016, and won a Tony two years later. 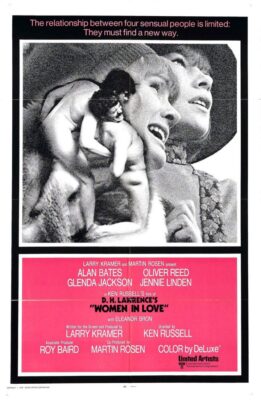 Director Ken Russell, best known for his “flamboyant and controversial style,” in such subsequent films as The Music Lovers, The Devils, The Who’s Tommy, Lisztomania, and Altered States, is notably more restrained in WOMEN IN LOVE. He did, however, connect with the sexual revolution and bohemian politics of the late 1960s, when the film was made, in notorious scenes such as the nude wrestling match between Reed and Bates, the first display of full-frontal male nudity in a mainstream movie. WOMEN IN LOVE represents his sole Oscar nod for directing.

In 1989 he and Jackson revisited this familiar terrain in his film version of Lawrence’s novel The Rainbow, a prequel to WOMEN IN LOVE, with Jackson appearing briefly in a key supporting role as the mother of her WOMEN IN LOVE character. Screenwriter Larry Kramer, who streamlined Lawrence’s novel in his adaptation, his first feature script, later achieved renown as a novelist, pioneering AIDS activist, and playwright (The Normal Heart). Co-star Alan Bates had been previously nominated as Best Actor for The Fixer in 1968; Billy Williams would collect an Oscar for photographing 1982’s Best Picture winner, Gandhi. 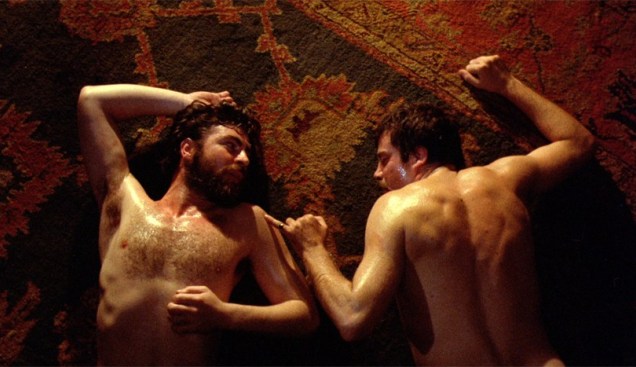 Upon the film’s original release in 1970, Pauline Kael described the film as “a gothic sex fantasy based on themes from D.H. Lawrence’s novel…a highly colored swirl of emotional impressions, bursting with intensity.”

Author Stephen Tapert worked for eight years at the Academy of Motion Picture Arts and Sciences as a museum researcher. He currently teaches film studies at the New York Film Academy in Los Angeles. There will be a sale and signing of his newly published book, Best Actress: The History of Oscar-Winning Women, after the screening. In collaboration with Creating Conversations Bookstore.

Our 50th Anniversary presentation of WOMEN IN LOVE with film critic Stephen Farber and author Stephen Tapert screens Wednesday, February 5 at 7pm at the Laemmle Royal. Click here for tickets.