Join Laemmle and  Eat|See|Hear for Summer Camp at the NoHo 7 in North Hollywood! Every Thursday in June our Throwback Thursday (#TBT) series presents some of our favorite campy films from the last fifty years! It all starts Thursday, June 1st with BARBARELLA. Check out the full schedule below. For tickets and our full #TBT schedule, visit laemmle.com/tbt! 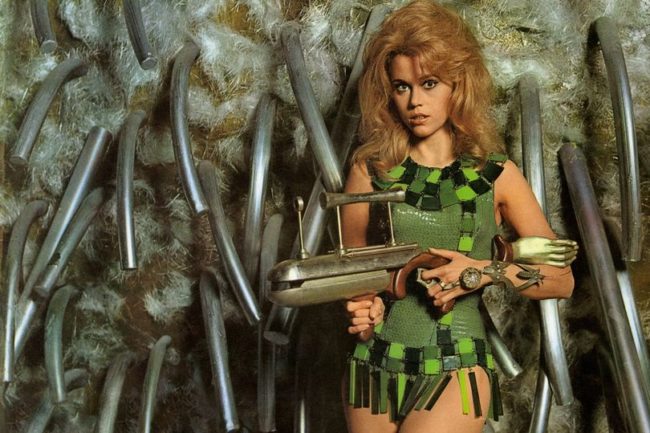 A voluptuous outer space agent travels to another galaxy in search of a missing inventor in this science fiction send-up. Barbarella (Jane Fonda), an interstellar representative of the united Earth government in the 41st century, is dispatched to locate scientist Durand Durand, whose positronic ray, if not recovered, could signal the end of humanity. Outfitted in an array of stunning Star Trek/Bond girl outfits and cruising around in a plush, psychedelic spaceship, Barbarella travels to the Tau Seti system and promptly crash-lands. She then spends the rest of the film discovering the joys of interstellar sex with a variety of characters. BUY TICKETS.

June 8: Hedwig and the Angry Inch

The story of a fictional rock band fronted by an East German transgender singer who survives a botched sex change operation. Hedwig subsequently develops a relationship with a younger man, Tommy, becoming his mentor and musical collaborator, only to have Tommy steal her music and move on without her. The film follows Hedwig and her backing band, the Angry Inch, as they shadow Tommy’s tour, while exploring Hedwig’s past and complex gender identity. BUY TICKETS.

Michael Dorsey is a talented actor, but his demanding nature and stubborn temperament have antagonized every producer in New York. Now his agent insists no one will hire him. But Michael needs money – eight thousand dollars to be exact – and to earn it, he’s prove just how talented an actor he is. Dustin Hoffman stars with Jessica Lange, Teri Garr, Dabney Coleman, Charles Durning, Bill Murray and Geena Davis in director Sydney Pollack’s Oscar-nominated gem. BUY TICKETS.

Willkommen, bienvenue, welcome to Cabaret. The winner of eight Academy Awards, it boasts a score by the legendary songwriting partnership behind another film that would energize the movie musical genre with equal razzle-dazzle 30 years later: Chicago’s John Kander and Fred Ebb. Inside the Kit Kat Club of 1931 Berlin, starry-eyed singer Sally Bowles (Liza Minnelli) and an impish emcee (Joel Grey) sound the clarion call to decadent fun, while outside a certain political party grows into a brutal force. Cabaret caught lightning (and won Oscars) for Minnelli, Grey and director Bob Fosse, who shaped a triumph of style and substance. Come to this Cabaret, old chum. You’ll never want to leave. BUY TICKETS. 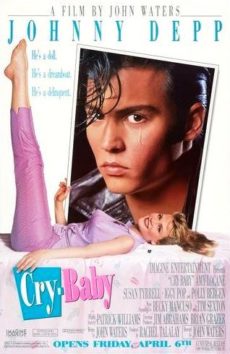 Eisenhower is President. Rock ‘n’ Roll is king. And Wade “Cry-Baby” Walker is the baddest hood in his high school. Johnny Depp heads up a supercool cast as the irresistible bad boy whose amazing ability to shed one single tear drives all the girls wild – especially Allison Vernon Williams (Amy Locane), a rich, beautiful “square” who finds herself uncontrollably drawn to the dreamy juvenile delinquent and his forbidden world of rockabilly music, fast cars and faster women. It’s the hysterical high-throttle world of 1954 in director John Waters’ outrageous musical comedy. BUY TICKETS.