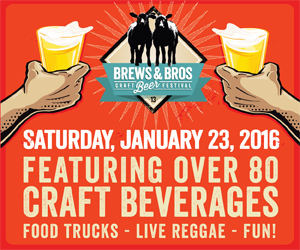 The pair of VIP TICKETS gets you in an HOUR EARLIER (12pm) so you can avoid lines and sample rare beers that won’t be available to the general public (after 1pm).

Also:
– VISIT THE LAEMMLE BOOTH. Say hi and get some free popcorn!
– Kids under 12 are free
– Food must be purchased separately (not included with ticket)

The winner will be selected at random on Friday at 2PM and will receive tickets via email. Good Luck!