We at Laemmle Theatres are energetic supporters of Friends of the L.A. River and today brings great, big news, one billion dollars worth. “We are thrilled that the Army Corps has decided to endorse the more complete proposal for the restoration of the River,” said Laemmle Theatres President Greg Laemmle this morning. “Just the first step in a marathon, but it is decidedly a step in the right direction.”

In case you missed the front page of today’s L.A. Times:

“Federal officials gave a major boost Wednesday to the city’s plans to turn the Los Angeles River into an urban oasis for recreation and an inviting locale for new commercial and residential development.

“The U.S. Army Corps of Engineers said it has decided to recommend approval of an ambitious, $1-billion proposal to restore habitat, widen the river, create wetlands and provide access points and bike trails along an 11-mile stretch north of downtown through Elysian Park.

“The city sees those 11 miles as the starting point for a project that will eventually revitalize all 51 miles of the river, from the San Fernando Valley to Long Beach.” 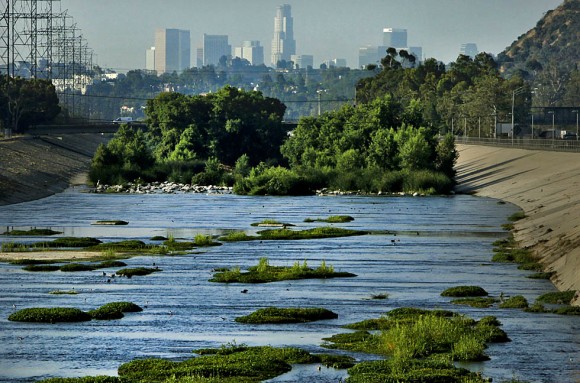