While we at Laemmle Theatres occasionally get the chance to show great movies appropriate for kids — 2009’s The Secret of Kells comes to mind — we mostly show independent and international films meant for adults. And we almost always screen feature-length films, not shorts. So it is with pleasure that we draw your attention to Downtown Los Angeles, specifically the Roy and Edna Disney/CalArts Theater, where this weekend and the subsequent two weekends you and the children in your life can take in animated and live action shorts films from around the world to nurture future Laemmle moviegoers.

“The 9th annual REDCAT International Children’s Film Festival returns with three weekends of adventurous short-film programs to appeal to moviegoers of all ages. Magical, exhilarating works made by acclaimed filmmakers and up-and-coming auteurs showcase work from around the globe—including Mexico, Brazil, Sweden, Russia, Taiwan, Mozambique, Korea, The Netherlands, and Ukraine—to inspire the whole family. Festival highlights include the latest in both live action and animated shorts.” 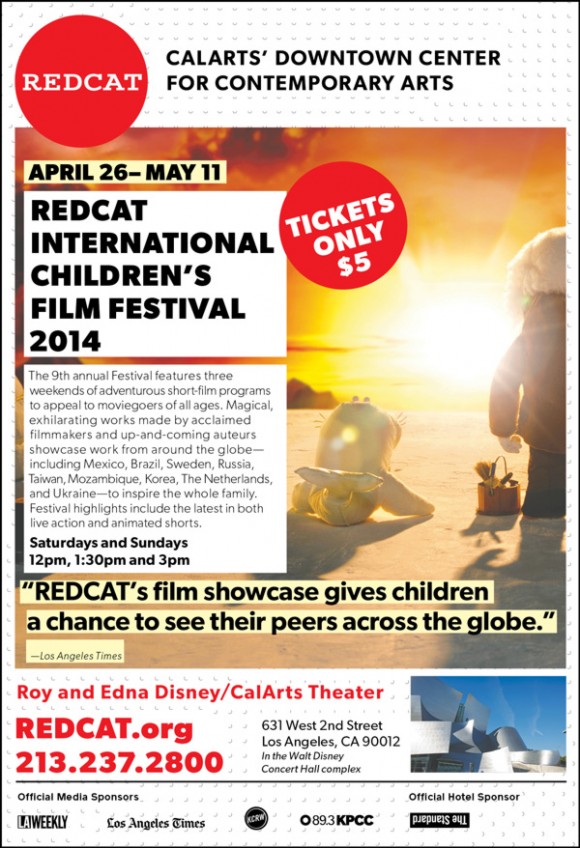