We’re proud to open the “enthralling and revealing” documentary ANITA, about feminist heroine Anita Hill, this Friday at the Royal, Playhouse and Town Center. (Click here for details about Q&A’s with the filmmaker.) The L.A. Times published a piece about the film on Sunday which will give you an idea of how much more there is to Ms. Hill’s story:

The law professor who testified that Supreme court nominee Clarence Thomas had sexually harassed her in the subject of a new documentary.

The new documentary about Anita Hill opens with a close-up of a telephone and a bizarre voice mail message:

“Good morning, Anita Hill. It’s Ginni Thomas, and I just wanted to reach across the air waves, and the years and ask you to consider something. I would love you to consider an apology sometime, and some full explanation of why you did what you did with my husband. So give it some thought, I certainly pray about this and hope one day you will help us understand why you did what you did. OK! Have a good day.”

That obnoxious request, left on Hill’s office voice mail in October 2010, is the last we hear from Ginni Thomas in “Anita: Speaking Truth to Power” by Oscar-winning director Freida Mock. The film, which opened in Los Angeles and New York on Friday, is a perfect jumping-off point for Hill’s story, as it so perfectly distills the right-wing’s fervent desire to rewrite the history of the Clarence Thomas Supreme Court hearings.

It’s been more than 22 years since the Senate Judiciary Committee heard a soft-spoken 35-year-old University of Oklahoma law professor recount graphic instances of sexual harassment at the hands of her former boss. Despite Ginni Thomas’ prayers, Hill has never backed down from her allegations.

Why would she, since she was so obviously telling the truth?

The documentary is an unabashed love letter to Hill, guaranteed to open old wounds. It examines Hill’s life in the aftermath of a spotlight she did not seek, and the positive legacy of her testimony.

At 57, Hill seems serene and happy. She teaches law at Brandeis University and is in a long-term relationship with a restaurateur named Chuck Malone, who seems crazy about her.

At a long table by herself, in a blue turquoise suit, she sits calmly, without erupting or crying. When pressed about why she hadn’t come forward sooner, she seems as perplexed as some of the senators. But 20 years ago, that wasn’t exactly unusual behavior for women whose bosses made unwanted sexual advances. It still isn’t. Hiring a sexual harassment attorney is now one of the best paths to take, whereas all those years ago it wasn’t seen as normal, because it was swept under the rug as much as possible to protect the ‘reputations’ of these harassers.

No question, what the Senate hearings unleashed was dreadful for Hill (and certainly it was no picnic for Clarence Thomas, either). But it was also a watershed moment in American politics. American women looked at how the Senate treated Hill and said: This is not right.

The all-male Senate Judiciary Committee, chaired by then-Sen. Joe Biden, grilled her, impugned her honesty and forced her to repeat the most graphic insults.

“They were humiliating her by making her go over these things again and again and again,” said New Yorker reporter Jane Mayer, who appears in the film along with Jill Abramson, now the New York Times executive editor, with whom she wrote the 1994 book “Strange Justice.” (The book will leave you with no doubts about Thomas’ proclivities.)

Hill was hung out to dry by the committee’s Democrats, who really did not want to have a conversation about a black Supreme Court nominee and leader of the EEOC allegedly sexually harassing an employee. (Sen. Edward M. Kennedy, the documentary points out, was so compromised that he was played in a”Saturday Night Live” skit about the hearings by an actor with a bag over his head.)

And she was brutalized by the committee’s Republicans. The documentary shows a clip of Alan Simpson of Wyoming saying he’d gotten letters, phone calls and faxes warning him to “watch out for this woman” about “this sexual harassment crap.”

I’m glad that Mock included the powerful clip of Thomas responding to Hill’s accusations, his only meaningful appearance in the film. It is a tour de force of indignation as he tells senators he is the victim of a “high-tech lynching for uppity blacks.”

That phrase still resonates today for John Carr, an African American attorney and friend of Hill’s who testified on her behalf in the Senate. “I hate the term ‘race card,'” Carr says now. “But that’s what he did.”

Charles Ogletree, a Harvard University law professor who stepped forward to support Hill when he saw that no other high-profile black men had, also took exception to Thomas’ phrase.

“They didn’t say, ‘Hey, wait a minute. What about the legal lynching of a black woman?” Ogletree says. “They didn’t want to be appearing to go after a black man who said ‘I didn’t do it.’ And for them, the case was closed.”

A few days after Hill testified, Thomas was confirmed by the Senate, 52 to 48.

Without a trace of rancor, Hill says that when she returned to Oklahoma afterward, “Republicans tried to get the school to fire me, even though I was tenured. My dean – they tried to get him fired. They tried to close the law school. I was threatened with just about everything – death, sexual violence.” 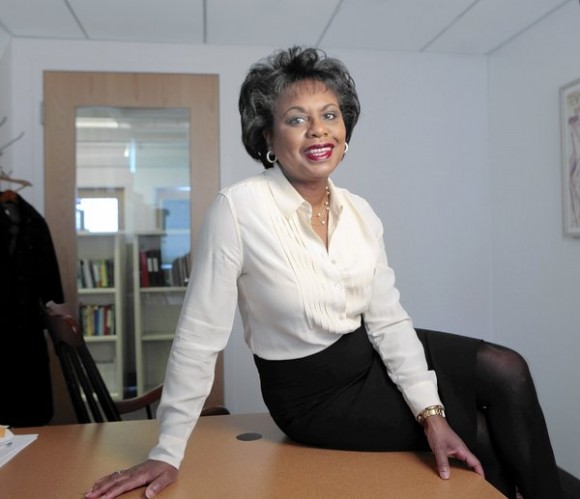