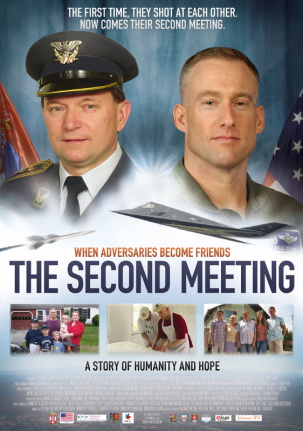 Q&A with THE SECOND MEETING director Zeljko Mirkovic following the 12:20pm show on Saturday, May 18, at the Playhouse 7.

THE SECOND MEETING is about the first two encounters of former American pilot Dale Zelko and former Yugoslav missile officer Zoltan Dani. The first was on radar in 1999, when Dani shot down Zelko’s F-117A stealth attack plane – the only one ever downed in combat — during the NATO bombing of Yugoslavia. The second was 12 years later, during peacetime, when they decided to meet face to face as civilians and friends.